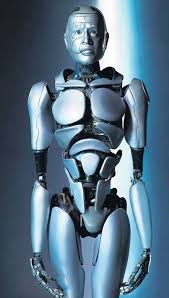 In my last posting, I listed the first 7 picks from a NDTV Photos article entitled:    Top 10 Movie Gadgets We Wish Were Real.  The first 7 were pretty straight forward but things started getting a little off kilter with number  8.  Here is the rest of the list:

And this is where it started to get a little weird.  The first thing we need to know is that “Click” was an Adam Sandler movie and therefore only remembered by the people who created this list…and Adam Sandler.  Never-the-less, the clicker in question allowed the user to fast forward or reverse time.  There have been other, more interesting movies around remote control like "Pleasantville" This would make an interesting toy if it worked so is there a phygital toy application here?  I think not; everyone already has more clickers than they know what to do with.

Unfortunately, Bollywood movies are not mainstream enough in the west so Chitti has not gotten his due. It sounds like a pretty cool  movie (Chitti is extremely smart and has his own army so he is pretty formidable).  Actually, it was the highest dollar grossing Indian movie ever made.  If you are reading this and from India or a fan of Indian movies can you tell us if there are any Chitti toys available?

So, thank you NDTV Photos for taking the time to rank these gadgets and giving some shout outs to Indian movies.  Your list does raise the question: What are other gadgets that would make great toys?  Send us your ideas?