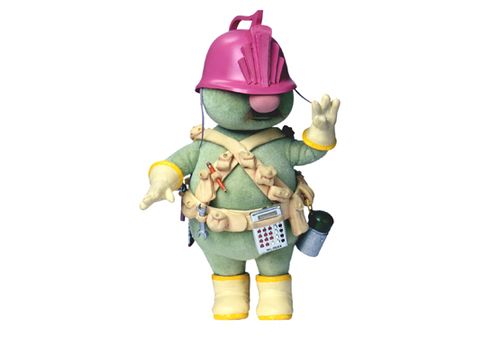 Hello Fraggle Rock generation, the toy industry has been waiting for you for a very long time.  You are now all grown up and moving into positions where you can apply your knowledge of the Doozers and Fraggles to an industry badly in need of new ideas.

Fraggle Rock, a Jim Henson production, was in its essence about the connection between creation and destruction.  It was deftly done, never obvious, as the Doozers in their construction helmets went about creating roads and buildings which the Fraggles immediately ate.  The two groups of characters barely acknowledged each other as they went about doing what they do best:  Creating or destroying. 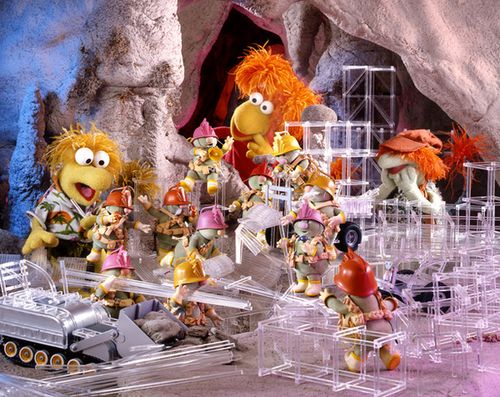 Now this may not be the typical take away from or intent for what was a very sweet show but I think it is an important one as the toy industry has never adequately explored the essential need of children to create things so they can destroy them and build once again.

The toy industry certainly has a overwhelming number of construction toy sets but where do we display the destruction toy sets?  We don’t because there are not many of them and what is available is usually poorly conceived and designed to easily ex- or im- plode;  the notion being that there is no connection between the joy of building and the excitement of tearing down.

So, that is why I propose that a great destruction set would really be about creation.  Why, because a well designed structure should be hard to knock down; the better you get at creating the more challenging the destroying.  Let me explain:

The better I built the harder the shot necessary and the longer it took.  My goal was not to just build bigger and higher but to build stronger.

I think it would be a step forward for those who make toys to acknowledge that the desire to tear down and rebuild is a positive thing and as prevalent as it is to build.   A walk around any big city shows this taking place on the bigger stage as adults tear down the old and build the new.

What is needed is someone who can develop construction toys that are designed to teach the physics of building strong and not just up or out.

Plastic brick and erector sets certainly teach building but they are almost impossible to destroy.  What is needed is a construction toy that challenges the tolerances and helps children grow their skills in building strong things.