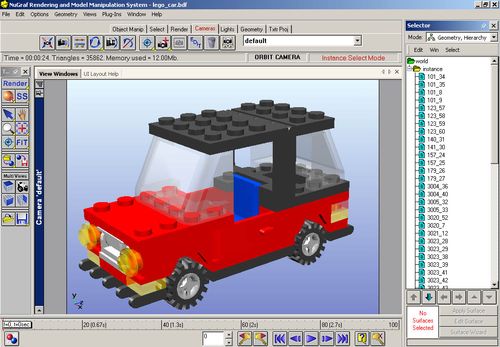 Lego is again making news with speculation that it is going to allow end users to print their own bricks.  Financial Times writer Richard Milne puts it this way in his article, “Lego examines 3D printing to keep its finger on digital pulse:”  “Lego is exploring the possibility of customers making their own bricks and mini-figures using 3D printers as the Danish toymaker tries to adapt to the digital economy.”

The article goes on to quote John Goodwin, Lego’s CFO as saying that the company is taking a hard look at it.  He also said:

What we have taken away from that is the need to be much more agile in digital propositions.  Others put the games out in beta [an early development stage] and constantly reiterate it.  That’s not part of our DNA.  We have a tendency to want to have perfection by the time it gets into consumer hands.

I tried to find an easy to understand definition of “agile development” for non-software developers and could not find one so here is how I define “agile development:” The product is never finished.  It is necessary to bring it to market quickly and in a trial version, test it with consumers, improve it using their feedback and bringing it to market again…repeat as needed.

Here is a nice graphic I found on the logicboost website depicting the difference between what is called the traditional waterfall process versus the agile development process.  As you can see, with the waterfall process the risk is big and it comes late. 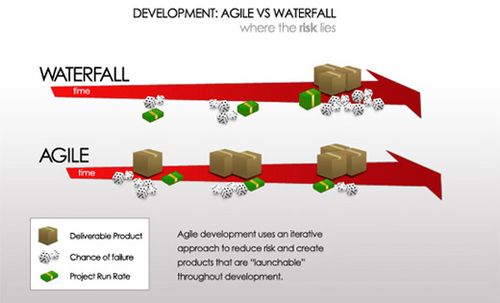 Agile development was a term that constantly came up during last year’s World Congress of Play.  What interested me was that some WCOP attendees felt that it had applications with physical products as well.  They pointed out that the power of agile development was that it allowed a company to be quicker to market, to make changes and fixes on the go and to get the benefit of feedback from early end users.

I think the notion of agile development is important because it is an improvement process.  In the traditional toy industry, companies bring a product to market and if it fails they move on to the next thing.  We don’t hear traditional toy companies say to buyers, we made this last year, we learned that consumers would like it better if we added X, Y or Z and have improved it.

That a company like Lego, and someone from the financial arena, would be referencing a concept like agile development tells me all I need to know about how deeply Lego has not only engaged all forms of play but embraced non-traditional processes.  Lego is winning because it is leading.

It takes a lot of courage to allow your end user to take control of at least part of the process.  Watch Lego; it’s worth the time.