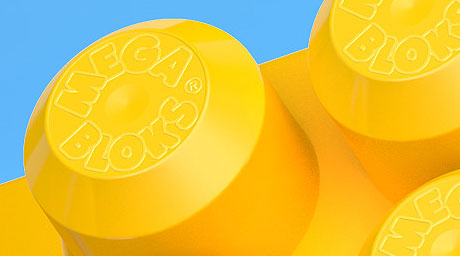 The status quo in the toy industry just got upended on Friday with Mattel’s announcement that they are purchasing MEGA Brands for $407.5 million Canadian dollars ($366.4 million U.S.).  The decision by Mattel means that Lego is going to face some heavy duty competition on the construction aisle.

No matter what happens, we are going to find out if Lego has been beating up on lightweights or has the muscle to face down a heavy weight.  I for one would not bet against Lego yet  I wouldn’t bet against Mattel either.

As we wait for the purchase to go through, it is interesting to speculate on the fallout from Mattel’s acquisition.  So what does it mean for the play industry?

No matter what happens, it is important to remember that Lego is no longer just about plastic blocks.  They are now a major player in the digital and movie arenas; two areas in which Mattel is a smaller player.

What about Hasbro?  According to Gerrick Johnson in his February 24, 2014 “Toy Scout Report” on Hasbro:  “The company seems to be Moving away from its Kreo construction line, now making the

product as an exclusive at Toys “R” Us with Dungeons & Dragons, Transformers, Cityville

Invasion, and GI Joe themes.”  If that is indeed the case, Hasbro may want to take another look at that strategy.  Mattel’s move is a change maker and that means all bets are off for all players.