Toy researcher Katriina Heljakka has become a familiar face at many toy and play conferences and show.  Kati, as she is called, recently conducted her dissertation “Principles of adult play(fulness) in contemporary toy cultures” at the Aalto University School of Arts, Design and Architecture in Finland. The dissertation is published in English. It can be bought or downloaded for free on the website of the Aalto Arts bookshop. Today Kati continues her research on play cultures at the University of Turku (digital culture studies) and works at the family company Tactic, which produces board games.  The below article on Kati's work was written in German by Ulla Cramer and kindly translated for us into English. 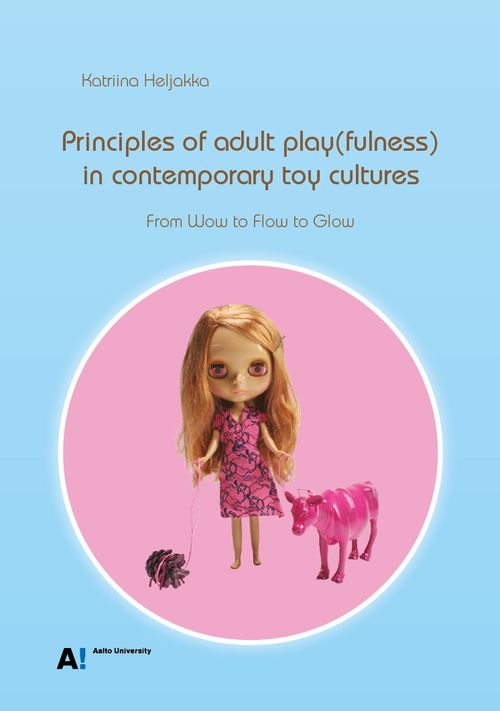 More and more adults play, says toy researcher Katriina Heljakka from Finland. But they play in a different way to children. While working on her dissertation on this topic, the young scientist arrived at some interesting conclusions. 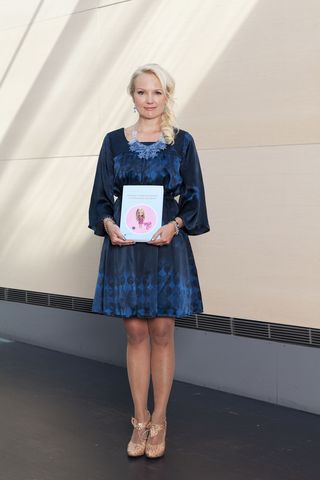 “Hardly any adults admit that they play.” This is the experience of Katriina Heljakka. “In many cases the fact that someone plays is also suppressed in general and another name is chosen for this activity.” Contrary to board games, which have a reputation of mediating skills and social abilities, the preoccupation with toys is regarded as wasting of time – and because of that not as an adequate occupation for a grown-up person. But that is not true, says the researcher who did her doctorate in June 2013 on the topic “Principles of adult play(fulness) in contemporary toy cultures” at the Aalto University School of Arts, Design and Architecture in Finland.

Adult play is creative and generates various forms of social interaction. This is the result of her research in which she did many interviews with toy designers, enthusiastic players and also with artists who integrate toys in their artwork. “Of course there are a lot of people who above all collect toys and present them in displays”, she says. “But many of them also develop a strong relationship to their toys, which because of their age last much longer than is possible with children.” Many adults also use toys for other purposes than originally planned, producing new outfits for dolls, creating their own scenarios and universes around the toys – or utilizing the material for their own works of arts. “In digital networks like Flickr this topic also plays an important role. There you find many posted photos of toys – and they definitively do not come from children”, Kati found out. “And there are even people who send their toys on journeys”. She speaks about toy tourism agencies which take teddy bears and dolls around the whole world and have them photographed in front of the Great Wall of China or the Eiffel tower in Paris.

“Even though conventions or the internet provides these adult toy fans with platforms for social interaction and give them the possibility to pursue their hobby – on the retail side of toy industry they do not show enough interest in this group”, the Finnish researcher says. “This potential is underachieved.” Often toys are presented together with other articles to children or babies. This generates an atmosphere where adults do not feel comfortable – and an important and financially interesting target group is discouraged.