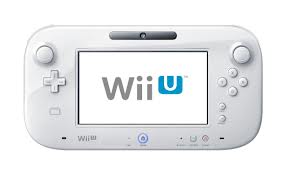 It’s pretty amazing when you realize that Nintendo was founded in 1889.  This 125 year old, Japanese company, world’s largest video game company, began life as a playing card company.  After going through a number of iterations they became a pioneer video game company in 1975.

Today, Nintendo is one of the, if not the, most important brands in video gaming.  That is why its current weaknesses are causing concern among stakeholders not only in Nintendo but the entire video game industry.  Wii U has, to put it mildly, been a bust and critics and fans are recommending changes in Nintendo’s business model to better match up with a new generation of mobile gamers.

I found an interesting article on what Nintendo needs to do in Forbes.  The article is entitled “Why the Video Game Industry Needs Nintendo to Succeed,” and the author, Erik Kain, thinks Nintendo needs to be cautious in changing its business model too quickly.  He does not think that Nintendo should get out of the hardware business nor does he think they should move to new platforms.

He points out that Nintendo’s strengths are its high quality standards and its willingness to take a chance.  As to the former, he puts it this way:  “In an industry consistently plagued with bugs and half-baked releases, Nintendo is one of the few game developers that releases almost-flawless titles each and every time.”

As to the latter point, their willingness to take a chance, he points out that with WiiU, “…at least Nintendo was attempting to do something different than the competition.”  He praises their pioneering qualities and notes that with WiiU it just didn’t appeal to consumers.

His praise of Nintendo’s attention to quality and risk-taking are something that all companies engaged in play should consider.  As we move forward into a new world of physical, digital and phygital play, it is important that we remember to maintain our standards and our sense of risk-taking; without them we are dust.