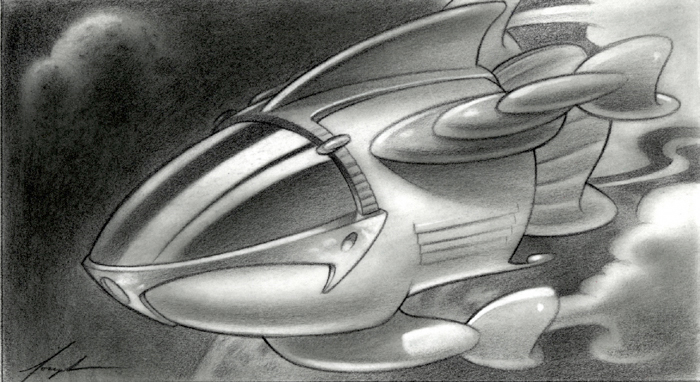 Snapple Fact #917 clearly states that the average lead pencil can draw a line 35 miles long or write roughly 50,000 English words. That’s amazing! Not that a pencil can do that but that someone actually makes a living testing such stuff out.

Never the less, this explains why designers get tired after a long day scribbling out toy concepts and other such creative ideas. Yes my friend, the often over looked pencil has created some wonderful works of art that hang in major museums, private collections and even rest stops that line the interstate.

One must honor the small pencil for the great things it has done. With a stick of lead in your hand, you too can emotionally and dramatically visualize an idea that calls out to the inner child in even the crustiest person on planet earth. Who knows? One day, your lovingly crafted idea just might end up becoming a fully produced toy in glorious propylene.

I primarily used the Prismacolor pencil before I worked alongside them so this technique was a no brainer for me and I quickly fell in love with the speed and beauty of their process. Whether they sketched out a toy for retail, a scene from a film or even a character design—each image was beautiful and inspiring.