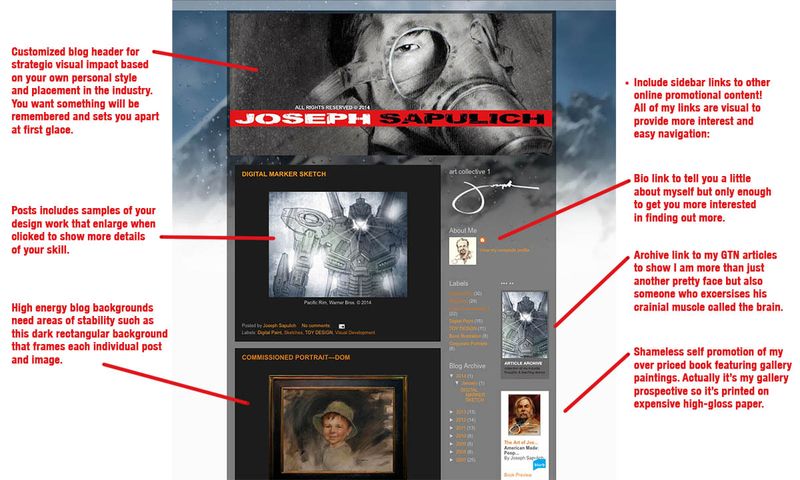 Blog featuring links to other online sources and a customized header for maximum impact.

Perhaps you have a fairy godmother always at the ready to wave her magic wand and poof—you have a brand new dream job! Better yet, you’re tight with Gandalf the Great who can put a good word in for you with those snooty elves to make that promotion yours. The orcs, of course, don't listen to anyone but Gandalf's recomendation certainly did open doors for Frodo with the fellowhip.

Sorry, back to the real world. Maybe you were raised with privilege and high reaching connections—if so there is no need for you to read this article becasue it's already in the bag. If, however, you were raised in the south side of Chicago you would have learned the hard way that if you call out to your fairy godmother you just might get clocked upside the head with a blackjack. Just say'n.

I learned quick that nobody in my neighborhood owned a working magic wand but we did have a lot of crowbars at the ready. I personally prefer a magic wand, but believe you me when those corporate doors get shut tight that crowbar comes in pretty handy. This brings an old Chicago proverb to mind—when a door get's shut crawl through da window—and if dat don't work jimmy da lock.

Anyway, before we continue, you gotta learn real good dat what happens in da south side stays in da south side—kapeesh? With that said, my Uncle Louie used to let me drive his car when I was a little kid. No kidding—I'm being totally legit!

Now get this, I had thick bottle bottom glasses and sinus problems that made me look like I was, well—contagious, but there I was seated on top of a pile of Mickey Splilane paperbacks so I could see over the dashboard. I felt like a gansta.

As you can imagine, my neighborhood had some pretty tough characters but when they saw me driving with Uncle Louie they got religion pretty quick if you know what I mean. Swerving back and forth in a black sedan, it kinda came off like an old school Chicago style drive-by but in really slow motion. The kid who lived across the street saw us coming and dived behind a row of garbage cans thinking bullets were about to fly.

Since the satue of limitations has past let's be totally honest here—Uncle Louie also gave me my first bottle of beer. Come to think of it he gave it to me just before I drove his car, which would actually explain quite a bit—but I digress. All in all, hanging with my Uncle Louie was good times. I knew if I could servive him I could survive just about anything—even corporate America.