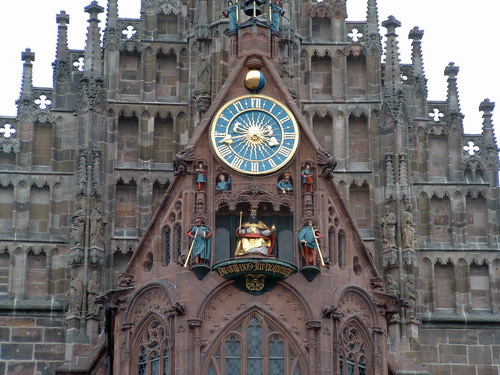 The Spielwarenmesse toy show has again lived up to its reputation for breadth of selection; number of exhibitors, quality of environment and miles walked. This is one big show and a visitor burns a lot of calories covering the various buildings.  That's fortunate because a visitor needs to work off all of those links of sausage and steins of beer.
The outlook here is positive.  The U.K. toy industry had a good year (it’s best since 2007) and those I spoke with said that buyers expected an even better year in 2014.  Those I spoke with from other countries also seemed confident that the worst is behind the industry.
What has surprised me about this show is the absence of Skylanders and Disney Infnity.  Where were they?  They represent the two most important innovations in play:  Phygital play; physical + digital = phygital).  It seems odd they are missing from this, the world's marquis play event.
Speaking of odd; I noted an exhibitor who booth was filled with electronic tablets but whose three neighbors showed rubber balls; wind up mechanical monkeys  and erector sets.  It was a bit disconcerting.  It would be great if the Spielwarenmesse created an area for phygital as well as other forms of non-traditional play. There is a hall for dolls, trains and wooden toys; why not one for all things technology.
Next stop is the New York Toy Fair; see you there.