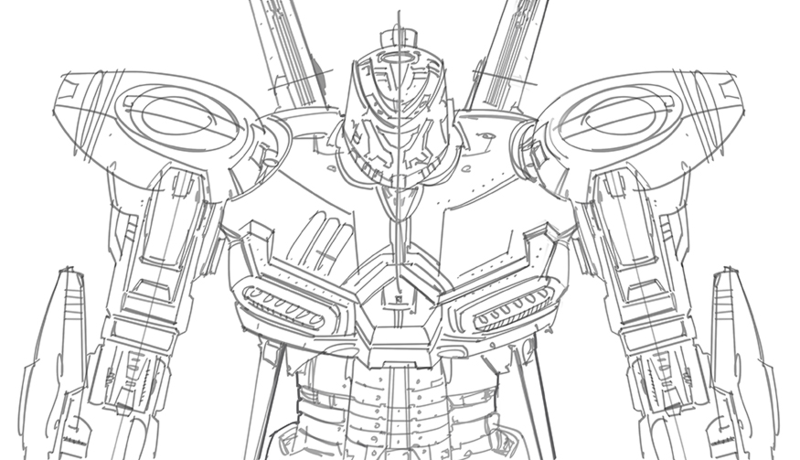 I recently did a student demo using Adobe Photoshop CS6 and the Wacom Cintiq and thought I’d show it to you. This would be considered a rough freehand sketch if it was actually a commercial assignment.

If I were to render this as finished art I would probably refine the line work more. Other than that, this is basically my digital sketch technique in a nutshell. We’ll feature three stages in this article beginning with the outline sketch, then adding some shading and texture and finally applying color and special effects.

The first stage simply roughed out the figure the best I could in the time I had. At this stage I’m not really thinking about composition, just trying to accurately draw the character from studio photos and CG turnarounds.

This is basically a straight on shot based on the film and proposed toy design so it was pretty easy to draw for a demo. I actually sketched it out at about 30% tonal value and gradually built over that darker and darker until I had a solid sketch.

To make this final presentation art, I would simply work over the outline with a cleaner line using the CS6 pen tool adding thick and thin line variations. In this case, the freehand quality of this sketch works pretty well giving the piece artistic personality.