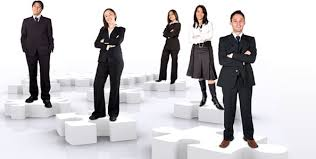 In my last posting I noted the lack of younger people entering the ranks of the toy industry’s independent sales representatives.   I see it as a potential problem for the entire industry as younger people provide the energy and optimism that doesn’t know any better and sometimes achieves what is thought of as the impossible.

So why are fewer young people entering the industry?  Here are some thoughts:

Let’s get this out of the way first.  It is possible that selling as a profession may  be in decline as fewer customers and technology limit the number of positions.   If that is the case then it is simply the lack of new positions that is the problem.

Today's veterans, in all professions, are in better health and have greater stamina than former generations.  They don't choose to retire which results in a lack of job openings for younger workers.

Digital play has the magic

If you are a young adult, you are probably still playing with digital games on your mobile device; in other words you are an end user.  You can connect with that industry on a very personal level.  And that's not all, the digital play industry appears to be populated by young people like yourself who in some cases have made 100’s of millions of dollars over night.  That is pretty enticing.

Being a sales rep in the toy industry is simply not as much fun as it was a generation ago.  In those days, salespeople did a lot more selling; handled less paperwork and had a far bigger sea of customers in which to fish.  Today’s salespeople are in many cases worn out by a process that is grueling and in many cases leads to the anguish (and it is anguish) of managing markdowns and returns.  The children of these salespeople see parents who are simply no longer enjoying themselves.

What can be done; that in my next posting.