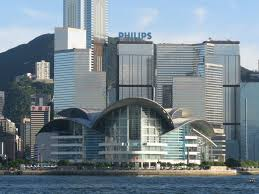 Greetings from Hong Kong; stop two on the "Toy Highway," what I like to call it the journey that runs from Dallas in October through Hong Kong in January with stops in February in Nuremberg and New York.  Yesterday, with the opening of the Hong Kong Toys & Games Fair, I began this stage of my trip.

Hong Kong is a good place to take the temperature of the toy industry which I will be doing as the week goes on.  Hong Kong and China are the toy manufacturing center of the world; accounting for 86% of global toy production so this is where prices are solidified for the year and where large retailers begin placing their orders.

So far, the attitude of those I have spoken with seems neither overly exuberant nor dispirited.  Rather, it seems like the industry is accepting a new reality that overall  growth will continue to be flat while keeping a wary eye on competition from alternative forms of play.

As the weeks goes on  I will also be spending in Kowloon where the Americans and Canadians tend to cluster; doing thier business in hotel suties and showrooms.  I will let you know more of what I learn there as well as here at the Convention Centre.