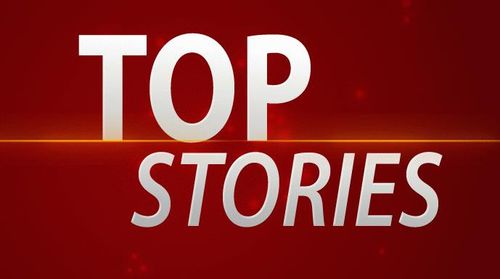 Each year I create a list of what I see as the Top Toy Industry Stories of the year.  I am sure that this year I will again miss stories that did not reach my radar.  So, for that reason, I am leaving number 10 blank and asking you the reader to provide what you think should be a top story.

So, here they are in no particular order are numbers 1-5.  Number 6-9 will appear in my next posting.

Through October Disney had sold over 1 million units of this powerful response to Activision’s Skylanders.  The importance of this new product is due to Disney’s ground-breaking willingness to let end users mix and match characters from different storylines as well the power of the Disney stable of brands and characters.  By entering the arena and joinging Skylanders, Disney Infinity solidifies Phygital play as a major video game / toy industry sector.

Yes, I and my partner Charlie Albert are the founders of this new conference that brings together all the play platforms in one place at one time.  And yes, this is my ultimate subjective choice but based upon the response of those in attendance, this was an important moment in the creation of a Play Industry that crosses all platforms.  By bringing all forms of play togetehr, the WCOP provided a new perspective on the business of play and helped to form a community of play that results in ground breaking new products and companies.  The second World Congress of Play returns to San Francisco next September.

GoldieBlox, the startup toy company that wants to provide girls with more choices in play, set off a firestorm with its videos which have cumulatively exceeded 3 million views.  The videos manage to be edgy and adorable.  It seems, however, that the Beastie Boys song used in the latest video was not authorized and there is now a legal battle over whether the use of the music comes under “fair use laws” or was unapproved commercial use.

Lost in all of this is the product itself which some critics deem as average.   It may or not be average but the popularity of the product and the impact of teh videos demonstrate how much hunger there is for a product that unapologetically embraces the totality of what a girl can be.

In my mind there are two kinds of fads:  One that is invented by smart marketers and one that just happens because it is the right product at the right time done right.  Rainbow Loom is one of the latter and falls into the same category as Silly Bandz and Pogs; fads that began on a playground in some small town and grew on their own.  They don’t always stay around for long but they drive fun loving kids and parents back into the toy department for the right reason: The pursuit of joy.

Toys R Us is by far the most important true toy retailer in the US and much of the world so whatever happens to Toys R Us is important to millions of stakeholders.  That’s why the company’s  elevation of Jerry Storch from CEO to Chairman of the Board and leaving a vacuum in the CEO post for part of the year had a disruptive effect, particularly on manufacturers.  In November the other shoe fell and Mr. Storch was replaced as Chairman by the new CEO Antonio Ureclay.    Mr. Storch has moved on and has started his own “global business and management advisory firm”, Storch Advisors.  Storch piloted the company through some pretty tough times (recession, the collapse of the video game market and major safety recalls to name just three).

Mr. Ureclay, who has been interim CEO since May, is well liked and highly respected for his 30 years of industry experience, 17 spent at Toys R Us.  He looks like a strong choice so we can all hope that Mr. Ureclay’s tenure will bring growth to the toy industry’s crown jewel.