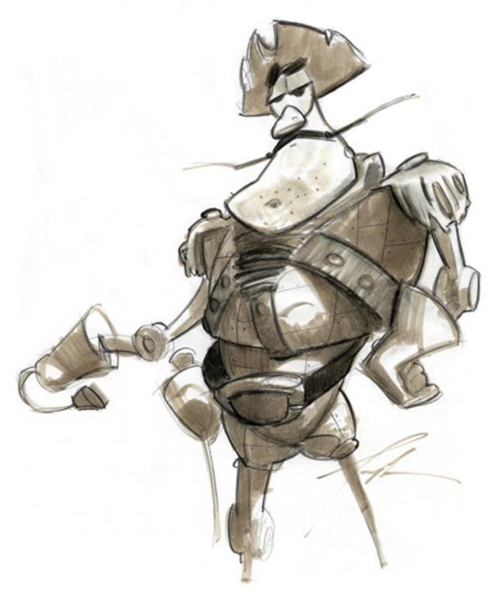 Back in the day, before my comb over, there was a place in time when most every designer used markers. Yes, the humble marker was taken to amazing heights by some of the very best creative minds on the planet.

I dabbled of course, but never really thought my marker concepts even came close to the other designers especially at Disney Studios. I became known for using Prisma-color pencils for most of my work but on occasion I would still pull out the markers to mix things up.

When I art directed a feature film, I had to work even faster in conveying visual ideas to the many departments along the production pipeline, so I used markers more and more.

Fast forward to present day, I gradually went digital for most of my commercial work. To avoid the “computer look” I created my own digital marker brushes to capture the look of conventional markers while avoiding the caustic smell.

Truth be told, the conventional markers were tough to work with. You could ruin a beautiful concept with a few too many swipes of the marker. The brilliance, however, was in the speed in which the technique had to work which fit perfectly within tight commercial deadlines.