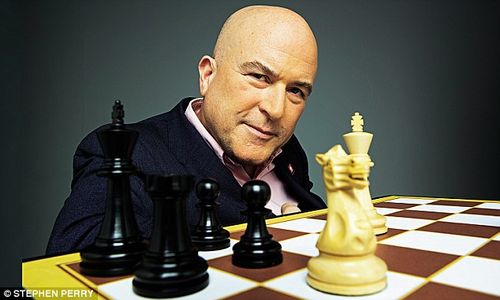 Is this man, Andrew Paulsen, the new face of Chess?

Much to my own surprise, I do seem to be writing more about Chess lately but it’s because it keeps making news…kind of eccentric news.  It seems that, according to The New York Times, "For Chess a Would-Be Knight," a gentleman named Andrew Paulson has purchased worldwide licensing and marketing rights from the World Chess Federation.

Why is Mr. Paulson interested?  It’s because, according to Paulson, more people in the US play Chess than play golf and tennis combined.  He reports that during his last pay per view event “…five million people watched online, while a few hundred spectators in the London auditorium where the match was held listened to commentators and followed the play on tablets donated by Samsung. “ 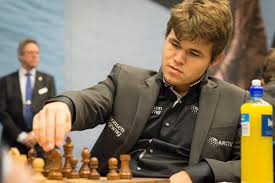 Or is it this man: Magnus Carlsen?

Unfortuantely for him and for Chess in general,  he is losing money and has had to at least temporarily stop his “Chess Casting.” So why isn’t Chess a bigger economic engine?  Well for one thing, at least according to the article, those who are at the top of the game can be eccentric.  As Mr. Richter reports it in his article:

In 2012, the current president of the world chess federation, Kirsan Ilyumzhinov, met with Bashar al-Assad, the Syrian president. A year earlier, Mr. Ilyumzhinov played chess on Libyan state television with Col. Muammar el-Qaddafi. On Russian state-owned television and in other settings, Mr. Ilyumzhinov has described his abduction by aliens.

In other words, why would a mainstream company want to tie in with Mr. Ilyumzhinov much less a sport that brought us Bobby Fischer, the brilliant but ultimately insane champion?

Still, something is going on with Chess.  Chess-Boxing, the United States Chess League and now Magnus Carlsen, the 22 year old Norwegian Chess phenom who just won the world championship.  He is good looking, well dressed (a model for clothing company G-Star Raw and a frequent guest on mainstream video.

It seems to me that there is an opportunity with chess that is low on risk and could provide a return on investment that would make it interesting to promote.  It seems that our traditional board game companies, in particular, could promote Chess matches on ESPN (they have broadcasted the Scrabble championship) whether they are league games or Chess-Boxing events.

What is good for Chess should be good for all games.  In fact, the Hub would be an interesting place to put on a kid’s chess tournament.  Hasbro, what do you think?