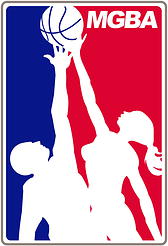 Have you heard of the MGBA?  It stands for the Mixed Gender Basketball Association and its coming your way in 2014.   At least it’s supposed to as, at least from reading their website, they are a work, a noble work, but yet a work in progress. Simply put, they are still looking for owners and players.

According to a New York Times articles by Harvey Araton on the league, “A Coed Version of Professional Basketball;" "… the composition of the teams would change from quarter to quarter: three men and two women, and vice versa. There would be a 4-point shot line for women… giving a team that is trailing at the end of a game or possibly each quarter the right to play up to five women to increase the chance for a 4-point play.”

There will be two conferences and four divisions:

Will this league become a reality?  We will of course have to wait and see but the very fact that the concept of a professional co-ed league is right in line with the times in which serious people are trying to figure out how to merge the genders and by doing so produce an entertaining product.

Those of us in the play industry should be thinking along the same lines, don’t you think?