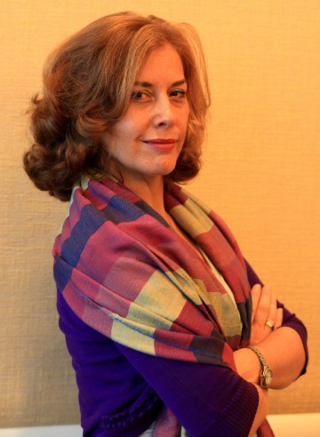 In an interview with Global Sources, Alicia explains that a global yuan can minimize the impact of developed countries’ monetary policy on trade growth.

She also sheds light on how certain buyers can benefit from using the yuan as a trade settlement currency, and how importers can cope with forex rate fluctuations.

In her current role at BBVA, Alicia spearheads a team spread across 10 countries analyzing economic developments in the emerging world, with particular focus on Latin America, Asia and Turkey. She is also a member of the advisory board of the Hong Kong Institute of Monetary Research, and advisor to the European Commission on China.

Global Sources: How do you see the yuan’s internationalization or RMB-ization as you call it, impact trade relations between China and emerging markets?

Alicia Garcia-Herrero: We believe that the yuan internationalization can facilitate China’s trade with other emerging markets.

In particular, the use of the RMB in cross-border trade benefits Chinese exporters and importers by streamlining red tape and reducing exchange rate risks, which in turn boost China’s trade with all other countries.

More importantly, the rise of the yuan will build itself as an internationally accepted settlement currency, complementary to other existing global currencies including USD, Euro and JPY.

To a large extent, it can prevent the trade between China and other emerging markets from being adversely affected by the changes of advanced countries’ monetary policy, for example, the US prospective exit of QE.

As we have seen in the past several months, even concerns of US monetary tightening (rather than a real tightening) are sufficient to dampen trade growth in emerging markets by denting trade finance activities.

The yuan internationalization can partially offset headwinds from US tightening because it provides an alternative currency for emerging markets to obtain trade finance and settle their trades. In this sense, the yuan internationalization is helpful to deepen trade relations between China and emerging markets.GS: Is it more advantageous for foreign buyers importing from China to use the yuan as a settlement currency?

AGH: The answer largely depends on who the foreign buyers are. For those multinational enterprises that already have operations in China, they can use RMB-denominated cross-border trade to exploit certain arbitrage opportunities arising from the interest rate and exchange rate differentials between onshore and offshore markets.

For other foreign buyers, the RMB’s appreciation expectation and relatively higher interest rate are two major disadvantages for choosing it as the settlement currency.

But this case might change in the future when the prospective US tightening raises financing costs of USD, and the RMB exchange rate further approaches to its equilibrium level.

GS: The current forex rate crises in countries like India, Malaysia and Brazil are making China-made products less competitive in those countries. How can buyers in those regions cope?

AGH: The response of final buyers will depend on several things.

First, some of the depreciation of exchange rates has been already reversed.

Second, part of the devaluation against the USD has not been passed through to the final prices. This depends, among other things, on the degree of product differentiation, which can be important in manufactures rather than in commodities (very homogeneous and traded in USD).

Last, but not the least, the gap in absolute prices can still be important despite the depreciation effect.

To sum up, the degree of the pass through to final prices, product differentiation and absolute price differential can mitigate the negative effects of nominal exchange rates depreciation of the rest of the currencies. It will depend on the different products and countries.

GS: What do you think are the pains and gains of a strong yuan strategy for China's export?

AGH: A strong currency will definitely reduce the competitiveness of a country’s products relative to other countries. China is no exception.

On the other hand, it is noted that the RMB exchange rate is still modestly undervalued. In this sense, maintaining the RMB’s appreciation trend might help to rebalance China’s economy by encouraging domestic consumption and increasing imports.

A strong yuan can also stimulate Chinese exporters to upgrade their technologies and climb up the global value chain.

GS: Where do you see the USD-RMB exchange rate to be in one year?

AGH: Generally, we believe that the RMB exchange rate is still modestly undervalued by 5-8 percent against the USD.

But the authorities are unlikely to abandon their gradualism in aligning the RMB with its equilibrium level.

That said, we expect the RMB to further appreciate 2-3 percent in 2014.

In the meantime, the authorities might introduce more two-way flexibility to the currency, possibly through a further widening of the daily trading band to +/-1.5 percent in early 2014.