Euromonitor International attended The Gadget Show Live @ Christmas, held at Earls Court, London, over 1-3 November 2013. Based around the very popular Channel 5 programme in the UK, the event included features such as Toy Zone and Game Zone as well as Super Theatre, with more than 150 companies showcasing their latest launches – from televisions, toys and tablets to cameras and video games – in the run-up to the crucial holiday shopping period. Among others, one of the trends noted at the fair was the increased affiliation between traditional toys, video games, gadgets and electronics.

As the need to understand the developments in each industry in order to succeed becomes more important than ever and is rapidly becoming a prerequisite, perhaps it is time to look at the correlation between them more closely as they create and shape one big “Global Play Industry”. 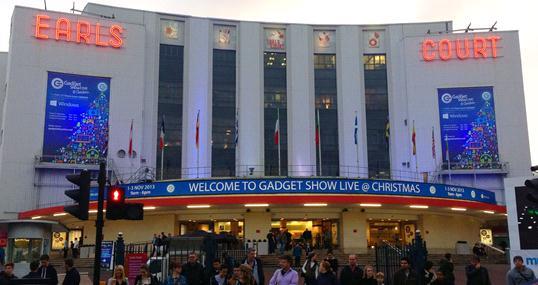 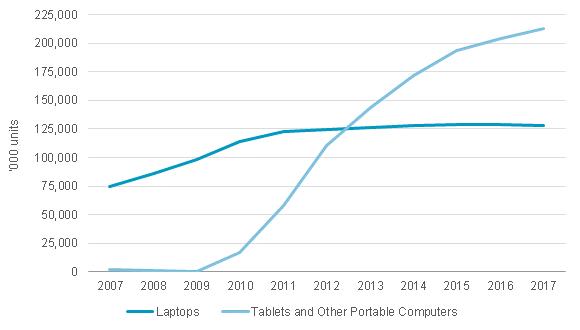 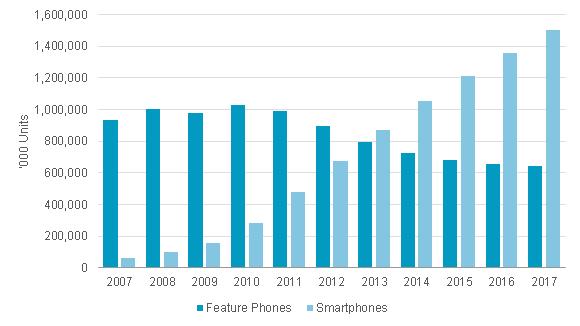 Tablets and smartphones continue to affect toys and games

In many countries, mobile video games have started to have a serious impact on traditional toys and games in the last couple of years. In 2013, retail sales of tablets are set to overtake those of laptops to become the most popular type of portable computer among consumers, with sales set to exceed 143 million units. As the market moves into 2014, global retail sales of tablets are forecast to grow by a further 20% compared to the previous year. The US was by far the most developed market for tablets in 2012, with sales of US$23.2 billion. However, all other markets have grown dramatically since 2007, and there is still plenty of room for further growth. Manufacturers are also introducing hybrid all-in-one devices, dubbed “phablets”, which are designed to combine the functionalities of a smartphone and tablet.

Retail sales of smartphones are also projected to surpass sales of feature phone in 2013 to reach 869 million units globally. China and Japan both overtook the US during the review period to become the largest markets for smartphones in 2012 (worth US$39.7 billion and US$20.5 billion, respectively). Brazil, Chile and Turkey were the top three markets witnessing the most dynamic growth in volume terms over 2007-2012. Declining prices of components and high volume sales are enabling manufacturers to produce smartphones more cheaply and efficiently. This has led to an expansion in the price range of smartphones, including an array of pay-as-you-go devices available for under US$200.

This growth has led to numerous parents and their children having easy access to mobile games. Many of these mobile games are also moving to free-to-play formats, making it even easier for children to gain access to this entertainment. As highlighted in our “Mobile Cocooning: How Growing Reliance on Smart Devices is Influencing Consumer Behaviour” report, gaming is by far the most popular app category in terms of downloads, and generates the most revenue of all the different app types. In the UK, Angry Birds Star Wars II became the top-selling paid for app across iOS charts, beating even its publisher Rovio’s expectations in October 2013. Globally, mobile games was also the most dynamic category in overall toys and games between 2007 and 2012, growing by over 251% to exceed sales of US$5.6 billion.

App–based  toys find their way to the market

With the increasing penetration of tablets and smartphones, the toys and games market is being overhauled by this large consumer base. Many traditional toys and video games manufacturers have attempted to launch products which utilise tablets. As new iterations of the iPad and other tablets have been introduced, parents have been pushed towards upgrading their current devices, and many are now giving their old devices to their children. The latest launch was on 22 October when Apple revealed a host of new iPads, which also included the iPad Air, claimed to be ‘Thinner, lighter, more powerful than ever before’. As a result of this continuing trend, board games like Hasbro's Monopoly and plush toys such as Furby have started to integrate iPad usage into their products to make them more appealing to consumers.

In addition, in August 2012, Mattel launched Apptivity, a new line of toys which integrates numerous different toy brands with an iPad app. Apptivity products have been added to most of the Mattel product portfolio, including WWE, Batman, Hot Wheels, Monster High and Fisher-Price. The products all feature different ways to play with the toy by placing it on the face of an iPad and come with a screen protector for iPads to prevent scratching. So, what does Santa have in his sack this Christmas?

As the critical year-end holiday period – the short two-month shopping spree which easily accounts for more than 40% of retailers’ and manufacturers’ annual revenue – has just started, all eyes are on the performance of the latest toys and gadgets. One of our recent Opinion pieces, “The Hottest Christmas Gifts: The New iPads”, highlights the new iPad Mini as being one of the cheapest Apple products and so a highly desirable gift for family members or close friends. As for children, however, if a tablet has to be chosen, children’s versions such as LeapPad and InnoTab could be better options thanks to their lower prices compared to adult tablets and built-in safety features which can help allay the concerns of parents worried about unsupervised internet access.

This is a unique season as the much-anticipated Xbox One and PS4 go head to head for the prime spot in static video games consoles. Cross- over hybrid products, which come as video games accessories, pioneered by Skylanders Swap Force from Activision Blizzard and its most recent counterpart, the Infinity range from Disney, certainly have the potential for success. As far as most app-related toys are concerned, however, as these products require either a smartphone or a tablet to be played, many consumers could be reluctant to opt for them due to a risk of not having a device around or the possibility of incompatibility.

On the traditional toys and games front, in addition to LeapPad Ultra or InnoTab 3S, old classics including Lego, Nerf (particularly N-Strike Elite Rapidstrike CS-18), Monopoly (Empire) and Furby are likely to make it into the top 10.