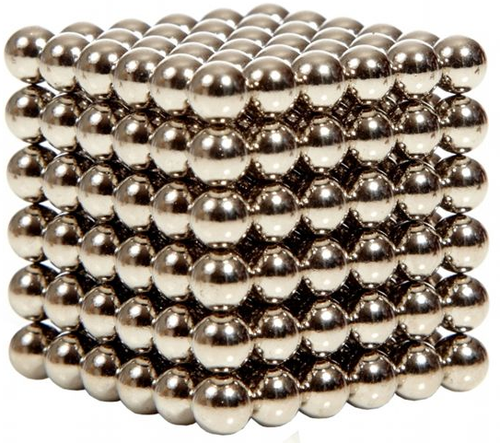 Should products that utilize super magnets, even those
clearly marked as for adults, be recalled from the marketplace?  Furthermore, once recalled should company
owners be held personally liable for the recall costs?

I don’t know where you stand on the issue but my feeling
is that if we are going to ban any product that might harm a child; we might as
well go ahead and ban kitchen knives.
That was why I became very concerned when I read that the CPSC is going
after Craig Zucker, once head of the now bankrupt Buckyball super magnet maker,
Maxfield & Oberton.

Despite the fact that Zucker and his company consistently
worked with the CPSC on adding warnings, even though the product was clearly
marketed for adults and there was no charge that the product was defective, Maxfield
& Oberton was forced into bankruptcy due to CPSC induced recalls.  Worryingly, now that the company is bankrupt,
the CPSC is going after Zucker personally for $57 million.

Hilary Stout, in her New York Times article, “Buckyball
Recall Stirs a Wider Legal Campaign,” notes that “…experts say its use [personal
liability] is virtually unheard-of in an administrative action where no
violations of law or regulations are claimed.”
She goes on to state that:  “A
spokesman for the product safety commission said the group had never used it in
a recall action. He declined to say why it was used in this case.”

If this decision stands, any company officer could be
held personally responsible for a corporation’s recalls, even if there was no
negligent behavior by the company or the officer.  This should be a major concern to all of us
as it will have a chilling effect on entrepreneurialism and push companies and
their management to be less transparent when it comes to safety issues.

Zucker is not taking all of this lying down.  He has started a social media campaign in
which supporters can purchase “Liberty Balls” and by doing so support a legal
defense fund. Mr. Zucker’s campaign is called “United We Ball” and it has
raised $100,000 to date (the balls are a larger format and too big to swallow).

We all want kids to be safe; for that matter we want
everyone to be safe.  Using draconian
tactics to punish those who fall afoul of the CPSC is only going to chase off
entrepreneurs and chill creativity.  What
do you think?