"Magic meeting Fairy Dust" is known by other less lyrical names, no doubt.

We have had many interesting meetings over the years.

I recall one with the son of the company's owner where it was more like a presentation by Harpo Marx. It was a comedy act featuring serviettes in the mouth and a tongue poking through, etc, etc. 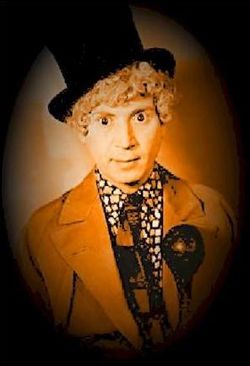 We didn’t ever sell that company a single product. In fact, we never met with them again. Where their Harpo went we never did find out. He was not cut out to run a toy company, I would suspect.

One of the more singular meetings we've had with a client, especially in retrospect, was a few years ago, with a big group from one of the majors. It went swimmingly, so to speak. They loved, this, and were wowed by that. They were going to send us this, and wanted to see a sketch of that. Wow! What a meeting.

And afterwards? Nothing. Nada. Zip and Zero.

No samples were forthcoming based on work they were so excited to see. We couldn’t get any answer from the people who were so interested in this concept or that, no guidance on what to sketch. We received not a phone call or email in return. Whoa! What was I missing here???? When I recounted to another colleague of that same venerable institution with whom we had worked for many years, he was quick to explain, "Oh, that was Magic Meeting Fairy Dust!”

I was dumbfounded. This is how a multi-billion-dollar company operates? It makes you wonder, and it makes you worry.

Too much of that dust, the wasted time spent spreading it in meetings, the wasted time in followups that will never happen, the self-delusion leading to confusion, could all lead to a company's demise, or worse.

If it were my company, I would ferret it out, and stomp it out.