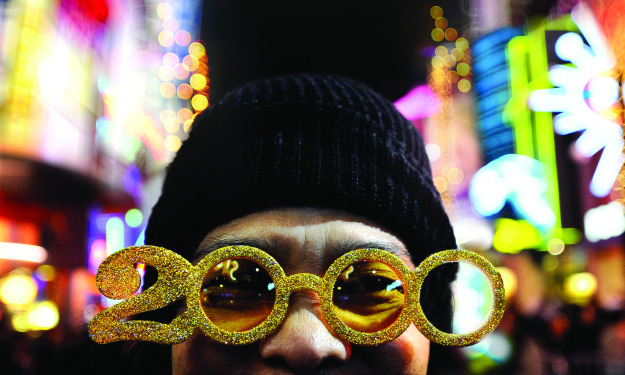 A lot of discussion has been had on the
effects of high unemployment on adult consumer habits, but new studies by The
Opportunity Nation coalition indicate the future might look even more bleak.
According to the domestic-only study, over 15% of young adults ages 16-24 are
not in school or work. That's over 6 Million young people missing chances to
propel careers academically or experientially. Statistics get worse when age is
extended to 30. Persons under 30 make up over 41% of unemployed people in
America, roughly 9 Million people.

A separate U.S. study, published by
Huffington Post, indicates that over 850 students drop out of high school every
hour of every school day. College-age suicides are on the rise and are the
highest death risk for College students, according to a separate University of
Virginia study. College degrees don't mean what they used to; graduates
continue to struggle to find gainful employment. Millennials’ fathers and
mothers are expected to retire later than previous generations. That means
fewer jobs are becoming available for young people.

Some experts are calling this Millennial
group a new Lost Generation. This generation is likely to be the first since
Kennedy's historic speech to fail to surpass the success of its parents' generation.
"We have the power to make this the best generation of mankind in the
history of the world or to make it the last," said then-president John F.
Kennedy.

The effect, in essence, is twofold:
increased crime and decreased opportunity. But it's the latter that is most
concerning. When young people require longer to enter the adult working world
both marriage and birth rates decline. Studies by Pew Research indicate
birthrates in 2011 were the lowest in recorded American history, and experts
expect that rate to continue to fall. An AdAge article focused on Millennials
claimed 40% of Gen Yers are parents with another 40% likely to become parents
within the next 10-15 years. Even employed Millennials are having trouble
getting started; 44% of Millennials are “very financially stressed,” according
to AdAge.

Declining birthrates and low annual
income for parents should signal alarm bells for the toy industry. Fewer kids
means fewer toys sold. Lower income at time of early parenthood means lower toy
revenue per parent. During the Great Depression, the last time America had a
“Lost Generation”, joblessness prevented marriage and family development so
thoroughly that the birthrate fell below the replacement level (the replacement
level refers to the ability of a population to have enough babies to replace
themselves). Don’t expect the toy industry to be sent back into the
pre-plastics dark ages, but a drop in birth rate its the toy industry tougher
than many other industries.

But the toy industry should also see Millennials
as a “Lost Generation” of thinkers, sculptors, inventors, designers, and
marketers. The lifeblood of the toy industry is carried through the veins of
creative visionaries capable of capturing the vital play habits of each
forthcoming generation. Visionaries come in all shapes and sizes as well as all
ages. But older generations have professed a bizarre difficulty in
understanding this new generation. Various reports have called millennials “coddled and lazy,”
“focused on material value,” and “less civically and politically minded.” Are
Millennials to blame for their own shortcomings? Still other studies indicate
Millennials are more liberal, upbeat, and open to new ideas. The so-called “Me
Generation” spends freely, complains loudly and openly, focuses creatively and
engages digitally. Marketers know that brands succeed with millennials by
sparking attention, invoking irreverent comedy, and providing a merited
rationale for why the brand should matter to “me.” This generation is very
cognizant of when they are being marketed to and often reject “inauthentic”
efforts that other generations might embrace, according to a report by Live
Science.

Most likely,
the Millennial generation is confusing and frightening for older generations
because they are more intuitively familiar with new technologies, more
digitally active, and more emotionally charged. More than ever, son and
daughter are in job competition with father and mother. Young adult is in job
competition with the post-middle aged worker, leading to a strained
relationship.

What effects
will young adult joblessness have on the future of our industry? That remains
to be seen, but let's work harder at engaging new generations of creative
visionaries, even if we don't understand them. Maybe this generation can help
bridge the innovation gap so our industry can find new ways to for the kids of
tomorrow to play.