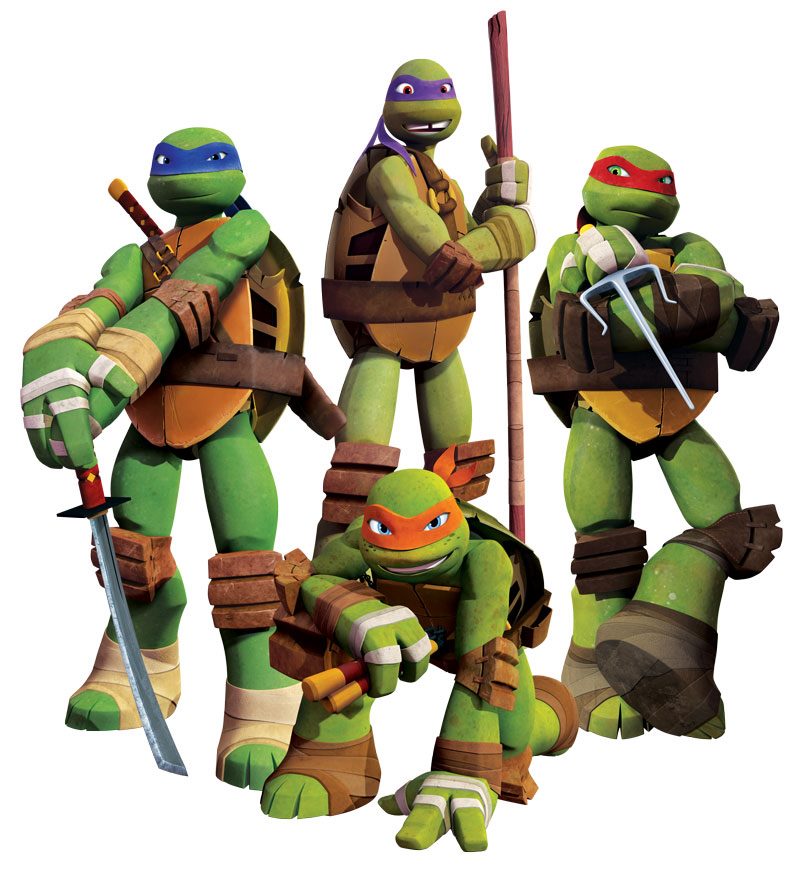 In recent
years, the boys action category has been akin to a sewer, stagnant with
products parents and kids showed little to no interest in. G.I. Joe is gone (or
tagged “clearance”), Power Rangers hasn’t been Mighty for a few years, Beyblade
sales are dropping precipitously, and Star Wars and Transformers will decline
until new film sequels make it to the screen. Toy manufacturers had more luck
peddling their action figure wares in the preschool aisle with hits like
Playskool Heroes and Imaginext. Construction toys are another bright spot,
where Lego’s Mini Figures and Hasbro’s Kreons are selling well, but both are
stocked a few aisles over. In aisle, Hasbro’s Titan Heroes Series, 12” scale
dolls with only 4 or 5 articulation points, have proven a pounds-of-plastic
success, at least in comparison to high labor and tooling costs associated with
Marvel Legends, Marvel Universe, Star Wars Vintage Collection, and G.I. Joe
Retaliation main-line products. I have observed fewer and fewer parents and
boys spending time checking out what's new in the action figure aisle.

But in the
sewer…every kid knows what heroes live down there.

In 2012,
Viacom's Nickelodeon made use of the Teenage Mutant Ninja Turtles brand they
had purchased from its creators, Kevin Eastman and Peter Laird, in 2009 for a
bargain-bin price tag of just $60 Million. Nickelodeon relaunched the property
with a brand new CGI animated TV show (which debut to a huge 3.9 million
viewers domestically on September 29, 2012) and global support from a hotlist
of merchandise licensees. Chief among those licensees was Playmates, the same
toy maker that took a chance on the Turtles as an unknown brand in the 1980s.
According to an article published this week by Hollywood Reporter,
Nickelodeon's relaunched Turtles have ninja-battled to an absolutely stunning
excess of $475 Million in retail sales. Similar to its 1980s debut, the Teenage
Mutant Ninja Turtles make up over 15% of total sales in the action figure
aisle.

Older
Millennials (and their parents) will note similarities to the Turtles' original
merchandising launch in 1988. Following the independent underground comics
success of Eastman and Laird's black and white periodical, the two creators
approached small toy manufacturer Playmates Toys. Working with Playmates
creative staff and a team of animators lead by award winner Fred Wolf, the
property soon was launched as a small toy line and an animated mini series.
After finding an audience, CBS picked Turtles up for a full series order. Toys
were rushed to shelves, movies were made, T-shirts were sold, and the brand
became one of the biggest toy industry successes of the 1980s, and history in
general. The first four years of Playmates’ action figure, vehicle, and role
play toy releases accumulated an unprecedented $1.1 Billion in toys sold.
According to an uncited Mental Floss article, that ranks Turtles as the #3 best
selling action figure line of all time, behind just G.I. Joe and Star Wars. But why
were these mutated, sewer-dwelling, pizza-eating, weapon-wielding Turtles such
a big hit? It's easy to brush aside the brand's initial 10 years of success
(the animated series lasted 10 seasons) as a product of the strange water kids
drank in the 1980s and early 90s. How else to explain the intense popularity of
Cabbage Patch Kids born of vegetation? How else to explain Creepy Crawlers,
bugs molded in little ovens? And what about Popples, those nightmare-like plush
animals that could be tucked into little plush balls? Or the (just happen to
be) cat like humanoids called Thundercats? I still can’t tell you what Wuzzles
were supposed to be. Perhaps the Turtles brand's 1996 demise was telling and
the Turtles were a merely a blip on the radar, Fluoride in the water, or a
product of the wacky 80s. As the 1990s ebbed toward the new millennium, the
brand’s popularity began to wane. The original film series, initiated with the
hit Teenage Mutant Ninja Turtles in
1990, progressively dropped in revenue from sequal to sequal, $200 Million, $80
Million, and $40 Million, respectively. Newer, grittier, more “90s” properties
like X-Men and Spawn came to dominate the action figure aisle, followed shortly
by Mighty Morphin’ Power Rangers in 1993 (the same year that Teenage Mutant
Ninja Turtles III tanked at the worldwide box office). Maybe all those 1980s
hits were one big Care Bear Stare and the effects finally wore off.

The brand
struggled to relaunch over the next decade plus, achieving some small level of
success in various incarnations. 1997’s live-action The Next Mutation fell flat.
The followup 2003 4Kids Entertainment animated series lasted until 2009 but,
despite ardent efforts by Playmates, failed to garner the same level of toy
attention as its predecessor. Warner Bros. and The Weinstein Company released a
feature length CGI animated movie, titled simply TMNT, in 2007. On a budget of
$35 Million (not counting marketing costs) TMNT couldn’t break the blockbuster
barrier and finished with a worldwide box office take of just $95 Million. TMNT
is most notable for being a probable cause of Playmates Toys’ near bankruptcy
at the time of Nickelodeon’s purchase of the Turtles property in 2009. The
4Kids animated series and TMNT feature film failed to elicit excitement from
consumers. At the 2013 World Congress of Play event, Nickelodeon SVP of
Consumer Packaged Goods Manuel Torres spoke publicly about Nickelodeon’s
initial hesitancy to work with Playmates for their 2012 relaunch. Torres said
the caution was due to Playmates troublesome financial situation at the time of
consideration. With few other notable hits, the toy maker was expecting 2007’s
TMNT film to return Playmates to its status as a player in the action figure
aisle. Instead, the toys sat on shelves and were quickly discounted in favor of
other brands. Linking TMNT’s failure to Playmates Toys’ near bankruptcy is pure
speculation on my part, but it certainly didn’t help the manufacturer.

Of course,
according to Torres at World Congress of Play, Playmates came back to
Nickelodeon with the very best pitch and were obviously hungry for involvement.
Nickelodeon took the chance and Playmates resumed its status as the master toy
licensee of Turtles for the 2012 launch. Playmates once again proved itself the
best possible partner for Teenage Mutant Ninja Turtles.

Nickelodeon
and Playmates’ newfound success disproves the possibility that the Turtles
brand was merely a product of the wacky 1980s. Instead, that $475 Million in
toy sales proves that boys were wacky in the 1980s and are still wacky today.
Nickelodeon Animation Studio, the production team, Nickelodeon marketers,
Playmates, and other participating parties have made it very clear that the
same harmless weirdness that made parents shake their heads in 1988 didn’t
disappear or even lessen over almost three decades. Our industry
continuously frets about the effects of so-called “age compression” and the
elimination of potential customers through competition from video games, mobile
games, and television. The Turtles extended demographic of 6-12-year-olds falls
within age brackets that are becoming harder and harder for toy makers to
reach. But certainly this audience is more available than teenagers, with their
parentally-manufactured busyness with sports practices, music recitals, and
after school sessions. Truthfully, by junior high school, boys are involved in
so many sports and after school activities that they have less time for
open-ended and unstructured fantasy play with action figures. But elementary
school boys are just far enough from the conformity pressures of high school
sports, just available enough with their disposable time, just detached enough
from the constant intrusion of digital social tools, just impressionable enough
to want aspirational heroes, and just wacky enough to create fantasy adventures
on their bedspreads. Turtles is the pitch-perfect property for this audience
segment.

I lament
the dwindling audience of adolescent action figure fans. Action figures are
plastic tools with which to create fantasies and adventures, dramas and
tragedies, comedies and calamities. But if Turtles is the perfect boys action
brand for 6-12-year-olds, what’s the perfect brand for 12-16-year-olds, or for
young fathers eager to engage in their son’s 4-inch scale adventures? Instead
of trying to duplicate Nickelodeon and Playmates’ success with 6-12-year-olds,
I hope Playmates, Hasbro, Mattel, Bandai, and others consider the right play
property and execution for different demographics ready for action figures.

Every week
or so I spend a few minutes walking the toy aisles at Target, Walmart, Toys R
Us or assorted smaller retailers. Last week I spotted a mother and her son in
the action figure aisle. He was trying to decide between three toys, only one
of which was an option according to mom. She did the whole, “it’s not your birthday
so if we get something it’s a special treat and you can only choose one,”
routine. The boy was trying to decide between Donatello, Mutant Ooze Launchin’
Donatello, and Fish Face. No other brand was even considered. In the end, he
and his mother left the store with Mutant Ooze Launchin Don, Fish Face, and a
Donatello role play mask. Such is the power of Turtles.

In his roles as Digital Strategy Director of Consumer & Entertainment Brands at Manifest Digital, Co-Founder at toy invention studio Otherdoor Entertainment, and ChiTAG committee member, Brian Torney is an innovator in the play industries, kids entertainment, and product/brand initiatives. Refusing to grow up, Brian has been contributing to the play industries since the age of 15, when he worked at a Chicagoland Toys R Us store. Brian spearheads ground-breaking creative and interactive projects for industry-leading entertainment and toy companies including Cartoon Network, Fox, Nickelodeon, Step2, The Marketing Store, McDonald’s, THQ and Hasbro. He specializes in cross-platform brand storytelling. His favorite Turtle is Michelangelo. Cowabunga.