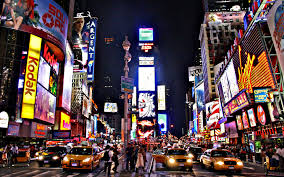 In the past scavenger hunts have seemed like something connected to
college, beer, moose heads, beer, somebody’s bra and beer.  It seems, however,  that the scavenger hunt has taken on
a new credibility as venerable Goldman-Sachs sent  “…300 bankers, hedge fund managers, lawyers
and software engineers solving puzzles on sidewalks and traipsing all over
Manhattan for more than 16 hours as part of an infuriating, exhilarating,
mind-numbing, night-bleeding-into-morning competition called Midnight
Madness.”

Those words were written by New York Times reporter Liz
Robbins for her article:  “One Long Night
in Puzzle City.”  According to Robbins,
Goldman-Sachs invested $360,000 in putting on the game and by doing so raised $2.9 million dollars for,
“Good Sheperd Services,” a charity that helps at risk youth.

Midnight Madness is part of a growing number of city
sized games taking place in San Francisco, Chicago and Boston.  What is interesting is that to the most part,
the games are intellectually demanding and as a result attracting the likes of the University
of Chicago and MIT as well as the aforementioned financial community.

As Robbins put it, “The competition requires knowledge of
trucker codes, military alphabets, ’80s songs and video games, and New York
historical spots.”  The game, at least to
me, would test anyone’s limits.  Consider
this:  “Take the mannequins on the
carousel at Pier 62. Each, as some puzzlers would later figure out, correlated
to a letter in the NATO phonetic alphabet (as in Charlie for C, etc.). One
mannequin, with a curly black wig and checkered blue skirt, resembled “Delta
Burke,” for “D.” Another, dressed in fishnets and boxing gloves, was “Oscar De
La Hoya,” for “O.” The letters, correctly arranged, spelled out “Trihedrons,….”

What is a Trihedron; who knew NATO had a phonetic
alphabet and who even remembers Delta Burke (no offense Ms. Burke).  Anyhoo, I am going to stick to “Operation.”

What I like about all of this is that it proves the
appeal of play to adults; that adult players are hoping to have their intelligence
tested and that gaming can extend to the places we live, work and, yes, play.  Wouldn’t it be fun if the toy industry featured a
contest of this sort for college students who want to compete in the Big Apple?  Donations could go to charity and the contest
could feature play industry themes.  It
would be fun; enhance awareness of play and do some good for society.  What do you think?