Bill Jacoby is Principal at Jacoby Solutions, a
professional consulting firm with a focus on providing a one-stop resource for
assistance in making sure a company is “Operationally Ready” for CPSIA compliance.
Specializing in the Juvenile, Toy and Consumer Goods space, Jacoby Solutions
provides companies with the technology and knowledge necessary to adhere to the
current and impending compliance mandates related to CPSIA. 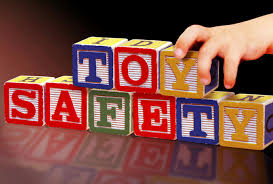 Compliant Toys
don’t have to be dull and boring.  At last month’s 2nd Annual CPSC
Safety Academy in Seattle, WA, there were the usual panels discussing requirements
which manufacturers and importers must follow for reporting hazards with their
products.  There was also discussion on the
investigation process, recall steps and the civil and criminal penalties that
could arise from these hazards.  There
were panels centered on the discussion of the surveillance activities at the
ports along with colorful charts with the numbers of shipments stopped, hazards
identified and the number of unsafe products that were kept out of the hands of
unsuspecting parents and their children.

Exciting stuff no doubt, but
the surprise of the day was the panel discussion on U.S. Toy Safety
Standards.  The panel was hosted by Neal
Cohen, Small Business Ombudsman for the CPSC along withfeatured panelists;
Nancy Cowles, Co-Founder, Kids in Danger; Pratik Ichhaporia, Director,
Technical Services, Intertek and Robert von Goeben, Co-Founder of Green
Toys.  The panel pretty much followed the
tone set previously in the day until it came time for Robert von Goeben to
speak.

Green Toys, as the name
implies, is a company that produces toys that are not only made from
environmentally friendly materials but are fun and safe.  What became clear during Robert’s
presentation is that Green Toys decided before the first toy was designed that
it would be made from safe and compliant materials.  Being from California, Robert decided to take
advantage of the large volume of recycled materials available and settled on
recycled milk containers which are made from high-density polyethylene (HDPE)
considered to be one of the safest and cleanest plastics.

In addition Green Toysto
producetoysthat would not contain; glues, nails, screws, paints (surface
coatings), small parts, metal, springs or batteries.  The toys would be made entirely of recycled
HDPE plastic, a coloring agent and plain cardboard packaging (made from
recycled material).The challenge would be if they could manufacture a
completely safe and compliant productthat would also be fun and
entertaining.

Robert described the long
hours of designing toys that were intended to be fun and interactive but with an
eye on compliance that would fulfilltheir original mission statement.  Currently they have over 35 products which
are sold online and in local retail stores in over 70 countries and are
experiencing a 70% growth rate.

What became clear from
Robert’s presentation is that if more manufacturers and importers started with
compliance in the design phase of their toys there would be less reported
hazards, investigations, recalls, penalties and more importantly injuries to
children.