Nancy Zwiers is CEO and Chief
Funosopher of Funosophy, Inc., a leading brand-building consulting firm in the
play industry. Founded in 2000, Funosophy conducts extensive research in the
area of kids and play and has advised over 150 clients ranging from start-ups
to the biggest.  Prior to founding
Funosophy, Zwiers held top executive positions with Mattel, including SVP of
Worldwide Marketing for Barbie®.

With over twenty years in the kids toy
and entertainment space, Zwiers has deep expertise in kids and their play, and
is broadly acknowledged as one of the world’s leading experts in girls. Zwiers’
theory of play bridges the disciplines of neuroscience, evolutionary biology
and child development with empirical data from the toy marketplace. 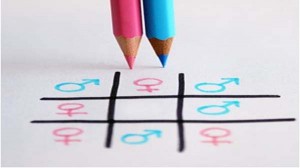 A great deal has been written about how our sexist
culture negatively influences how little girls play.  There appears to be a general assumption that societal
norms are driving how girls play, which in turn will limit their future
opportunities.  Doll play in particular
gets a bad rap as superficial, with various public opinion leaders denigrating
doll play as a dead end, and seeking instead to encourage girls to play with
construction toys which will allegedly lead to lucrative STEM careers (science,
technology, engineering, and math).

Last year’s fire storm over Lego Friends is a case in
point.  Adults in the media complained
that Lego was “dumbing down” construction play for girls in a sexist way.  They tuned into the fact that Lego Friends
is, in actuality, doll play disguised as construction play (by the way, the launch
commercial did not show girls building—rather it depicted dollsin play sets).  Four years of intensive consumer research
into what girls want to do with construction toys brought Lego right back to
the traditional bastion of girls play: dolls!
As a girls play expert, I’m not the least bit surprised.

If the feminist viewpoint is that girls should play more
like boys, then I guess that makes me an ultra-feminist.  I believe the way a girl chooses to play is
just as valuable as the way a boy chooses to play.  Unlike entertainment and media, which come
from the outside in, scientific evidence reinforces that play is an inner drive
which comes from the inside out.   Further,
neuroscience is now proving that males and females are hard-wired
differently.   Why should we assume that
boy hard-wiring is better than girl hard-wiring?  Believing in gender equality is not the same
as saying males and females are identical.

Doll play, at its core, is open-ended storytelling about important
social relationships–pretty powerful stuff, actually.  Daniel Pink in his bestselling book, A
Whole New Mind: Why Right Brainers Will Rule the Future, makes a compelling
point.  The Information Age is on the
decline and the Conceptual Age is on the rise.
The value of left brain thinking in our global economy is being
diminished by automation (computers), abundance (facts and functionality at our
fingertips) and Asia (low-cost left-brain labor pool).  Right brain thinking will have more currency
in the Conceptual Age as a differentiator in our competitive world.  The six senses that he saysare the currencyof right brain thinkers are:

Doll play brings all these factors together…naturally
and effortlessly.  Many experts believe
that the “softer skills” that have traditionally been the purview of women will
gain even greater import in the years ahead (for example, think about the
contrast between the need for collaborative leadership today vs.the old
militaristic “command and control” leadership model of the past).

We say that a sexist society is leading girls to play the
way they do.   I agree that true gender
equality is still an issue in today’s world, but what if we have it all backwards?  What if the real story is that doting
parents, seeking to delight their child with playthings, quickly discern what
kinds of playthings do indeed delight their child, and simply buy more of “what
works.”   Said another way, gender-based
toys are defined by the way children naturally want to play, not the way
society wants children to play.  And in
this child-centered model, there is still always room for children who want to
play outsidetraditional gender type.

Those seeking to address gender-equality issues, we
feminists and ultra-feminists alike, would do better to honor traditional girl play
as having equal worth with traditional boy play, and instead focus on creating
equal opportunity in schools, in the workplace, and in the media.