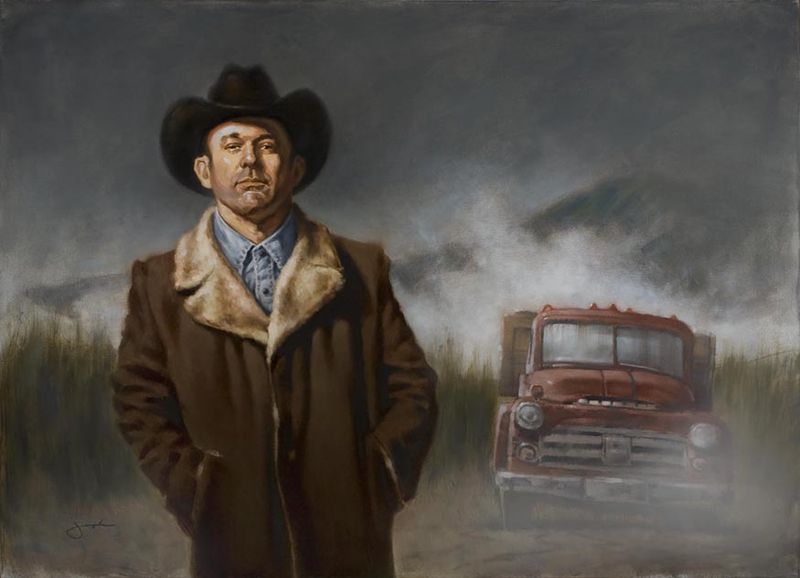 The reason so many people use the rule of thirds is because
it works. I even use it when laying out a presentation page of toy sketches with
annotated notes. This organizes my thoughts and visuals in a way to help the
viewer read the most important concept first going down the line to other ideas
and thoughts in a linear progression.

In this article, for the sake of brevity, we will focus on
the basic concept of breaking an image down into thirds. The first image
featured in part 1, Marooned, was a digital painting I did for a gaming company
depicting an emotional scene and one of several concept designs for a video
game hero and action toy.

The second sample in part 2, The Prodigal, is a fine art oil
painting that relies heavily on the rule of thirds for emotional impact. In any
design discipline, for any subject ranging from toy to film to anatomy drawing—the rule
of thirds is a key component to your personal and professional success.

It’s actually pretty easy to create the basic grid
visualizing the rule of thirds. All you need to do is to draw four
guidelines—two horizontally and then two vertically dividing the image into three
vertical and three horizontal rolls of equal proportions.

The four lines will intersect creating four distinct focal
points. Choose one as the primary point you want the viewer to focus on. This
gives your work a center of interest and dynamic energy because it causes the
eye to move around the image (or page layout) in the direction you design.

You can even design the image to lead the eye from the main
focal point to a secondary focal point creating additional movement, pacing and
visual impact. This applies to a any subject matter—an environment, portrait,
prop and toy sketch.

The samples of my work should help you understand the basic concept
of the rule of thirds and even carry it into your presentation layouts of toy
ideation. Organize your thoughts and visuals in the most impactful way possible and remember when done correctly—this rule is golden.