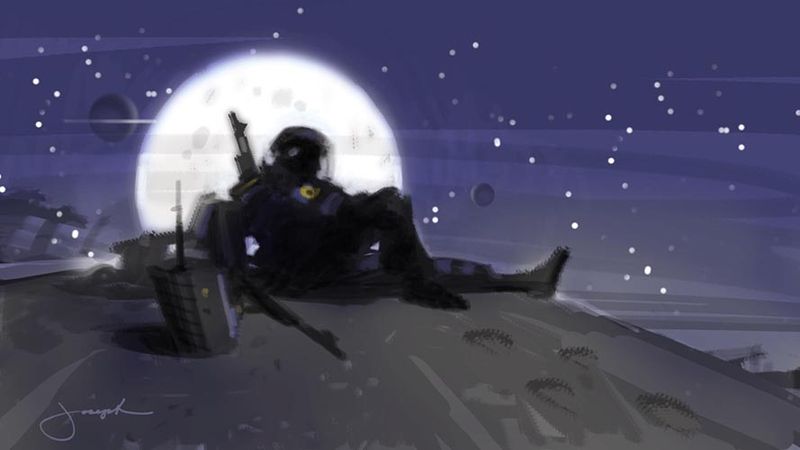 Years ago before my comb-over, I was designing a set for a
feature film and my boss came by my desk to have a look see. I smiled proudly as he
gazed at my work but he didn’t say a word as his laser-like eyes almost burned
a hole through the table. He overlaid a sheet of tracing paper onto my masterpiece
and then drew four lines dividing the image into equal thirds.

He drew a circle around one of the points making a few annotations
and then walked away looking for a fresh pot of coffee—black and no cream. The
other designers scurried to my desk to see the strange symbols and we all read
together the words the master had scribbled on the paper—“What’s the point? Obey
the rule of thirds!”

Well, of course the rule of thirds! For crying out loud we
all learned that in college! The problem was we didn’t really obey it. So, grudgingly
I redrew my masterpeice using the focal point he had suggested and the impact of my
concept was so much better. In fact, the concept was even easier to pitch in
the boardroom.

During my stay at that studio, my mentor would always go
back to the golden rule—even if the subject changed to a prop, toy or product
design. If we went off that design principle we sure had to have one heck of
a good reason.

The rule of thirds is used in photography, toy design and
even typography and print layout—I was amazed how it works for so many creative
disciplines throughout such a wide gamut of varied industries.

In fact, I was down right astounded when I saw a Disney
animator break his character down using the rule of thirds starting with the
overall body shape and then refining right down to the hands and fingers. Every
area of the anatomy was constructed using this golden rule.