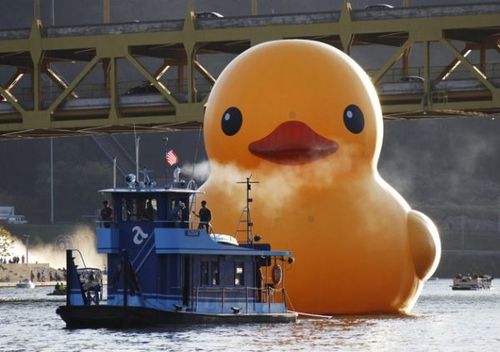 It seems to me that the arrival of the world’s largest
rubber ducky should be a major event for the toy industry.  On September 27, Florentijn Hofman, a
Dutch artist, towed his 40 foot creation down the Ohio River to Pittsburgh, its
first port of call.

Is it just me, but isn’t Pittsburgh an odd first stop and
shouldn’t we in the toy industry have made its arrival into a major toy
event?  No offense to Pittsburgh but it
is an inland city and New York or San Francisco would have seemed to have been
the more logical entry point. 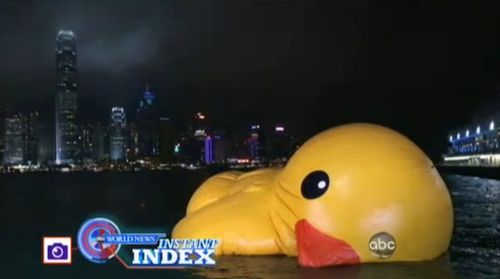 The Rubber Ducky was invented by the legendary L.T. Lam
and continues its iconic existence thanks to characters like Ernie of Sesame
Street and people like Craig Wolfe, owner of Celebriducks.  Whether fully inflated as in its Pittsburgh debut
or half-inflated in the case of its Hong Kong unveiling, it’s a big story.

Maybe the TIA should make contact with Mr. Hofman and make
sure that the toy industry has a presence at each of its visits.  I think that would be a “ducky” idea
(groaaaaaaaaaaaannnnnnnnnn).  What do you
think?