Tablets and Robots and AppMates – oh my!

The world of interactive and integrated
toys is expanding and according to Global Industry Analysts, “demand for
intelligent and interactive toys is expected to continue growing and fuelling
the global toys and games market.”[1]
This development has prompted non-toy companies, including Microsoft and Intel,
to add offerings to the market, and it has pushed media industry giants like
Disney – following on the footsteps of Activision/Blizzards Skylanders[2]
success – to launch a full line of transmedia toys and games via it’s Infinity line.  Mattel and Hasbro and other toy industry leaders are
likewise looking at the connected toy markets, as well they should.  This trend is being driven by larger market trends that will not quit and to survive, toy companies will be forced
to evolve their business models as well as many of their toys. 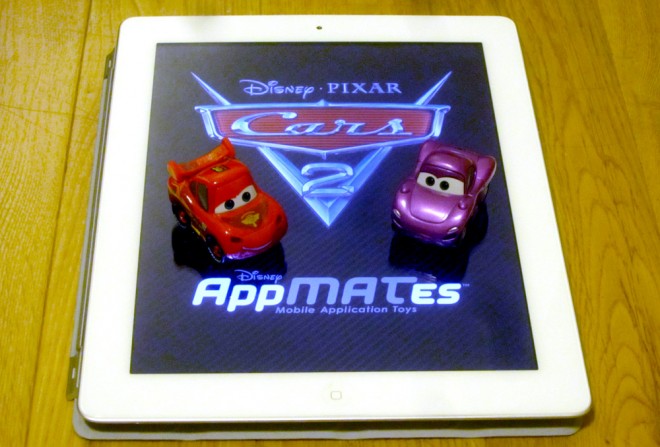 Traditional toys and games are losing popularity in the face
of competition from their interactive and intelligent cousins.  While the rise of a middle class in
developing nations has stemmed deep declines in the traditional toy sector, Global
Industry Analysts states this industry has seen a 1% decrease every year from
2007 – 2011, while a recent Goldman Sachs report suggests the decreases has
been as high as 5-10% per year.[3]
This development has traditional
toy and game companies scrambling to figure out how to compete and compare and
has prompted such developments as the recent  acquisition of BackFlip Studios – a casual game development
company – by Hasbro.[4]

The general trends driving the rise of interactive toys –
and its resultant opening of the toy industry to tech and media giants – can be
directly traced to shifting audiences and shifting audience tastes.  However, by knowing and understanding
the shifting audience psychographics and the power of building transmedia and
connected properties, traditional toy companies and digital media and game
companies can all prosper in the coming connected realm of play and games.

Audience for toys and games remained fairly stable for
decades:  It was understood that
toys would appeal to babies and young children until they reached puberty – so
about birth to 13.  This age range
has been steadily shrinking as younger and younger children begin to play with
and desire more computer based games, phones and tablets.  Depending on economic demographic,
41-62% or pre-teen kids have their own cell phone.[5]  And tablets use is growing as
well:  the 2012 holiday shopping
season saw record number of tablets and phones being purchased for kids and in
that one season, tablet ownership nearly doubled.[6]   Today it’s not uncommon to see even
toddlers playing on mom’s iPads.  In
addition, children have become increasingly accustomed to changing toys more
frequently and desiring toys that are unique to them. This means toy and game
manufacturers are obliged to introduce new products on a regular basis, and
focus on innovation and technological advancements.

With this hefty installed base of phones, tablets, computers
and digital gaming consoles, toys need to compete with or integrate with these
systems and with leading titles there.
Skylanders alone has proven the model and Disney is seeking to do the
same.  Smart toys companies the
world around will look at this paradigm and recognize that they can’t  beat these trends.  And if you can’t beat ‘em – join ‘em.  That means we’ll see even more
connected and intelligent toys – which will further drive the trend.  And the cycle will continue…