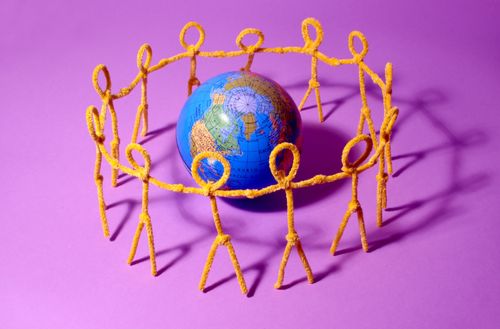 There was a moment during the World Congress of Play when I
realized that in the hall, during the breaks, over drinks and at dinner a new “Community of Play” had formed.   Those in attendance had come to know each other
and coalesced into a group with common hopes
and concerns about not only the business of play but the state of play in
America and the world.

During the two days of the Congress, several speakers had made
impassioned pleas for a return to more play time in schools (down to 15 minutes
a day in some districts) and more unstructured play time at home.  We heard that most children survey sited their biggest reason to play as, not for
fun, but to relieve stress.  We were
also told that many educators considered play
to be one of the most effective way of educating children.

All of this built to the moment when I think we hit the
tipping point.  It was during an
impassioned talk by Darrell Hammond, the Founder and CEO of “KaBoom!”, an
organizations that builds playgrounds…thousands of them.  Darrel, named by Forbes to its list of Top 30
Social Entrepreneurs, let us know that America
suffers from a dearth of playgrounds, particularly in low income
areas.  Larry wants to build more
playgrounds, small community ones, so that children are not miles but blocks
away from a safe place to play.

Darrell looked out
into the audience at the World Congress of Play and called upon the “play
community”, his words, to help “KaBoom!” help kids.  You could feel the positive energy from the
audience.

Charlie Albert, my co-founder of the WCOP and I immediately
went on stage and responded that The
World Congress of Play would work with “KaBoom!”  to channel play community efforts into
supporting play as an essential part of mental health and education.

As I said those words, shook Darrel’s hand and looked out into
the audience, I knew something had happened.
We were more than a conference;
we were a community.

If you want to be part of the Community of Play, either join the Linked In Group, "The World Congress of Play," and / or contact us at info@globaltoyexperts.com