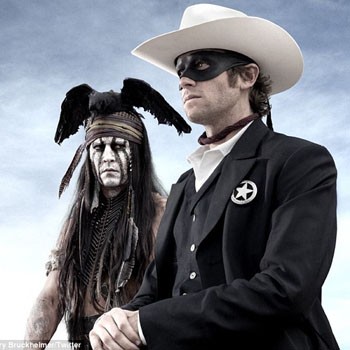 If you
wonder why the toy industry is having a lack-luster year, one place to look is
at an underwhelming summer of movie hits.
Brooks Barnes writing for The New York Times in his article “Huge Summer
for Hollywood, but with Few Blockbusters,” notes that ticket sales were up
between May and Labor Day but that was because there were so many movie
releases; a starling 53% more than last year.

Because
there were so many releases, it was almost impossible to draw a sizable crowd
for any one movie.  He points out that
result left “films like ‘The Wolverine’ and ‘The Hangover Part III’ wobbling
when they should have been slam dunks” (excuse me but did you see “The Hangover
Part II”?

Mr. Barnes
goes on to note that “’Turbo’ the animated snail was squished, taking in $80
million at North American theaters — one of the smallest totals in DreamWorks
Animation history.”

Toy tie-ins
of course rise and fall with the box office and those companies who bet on “The
Lone Ranger”, “Turbo” and the “Smurfs 2” are likely looking at some
mark-downs.  If the excess in releases
was not a big enough problem, many of this summer’s movies were sequels.  I am sure many a mom or dad asked their child
this question:  “If you already have the
toy from __________ (fill in the blank) part1 and 2 do you really need the toy
from part 3?

Next summer
is shaping up as another over-kill.  I
don’t envy toy companies having to decide upon which movies to place bets.  Where is a real movie hero like Will Smith
when you need him?   Oh yeah, that’s
right, he forgot how to fly this summer with “After Earth.” (“Sigh”).