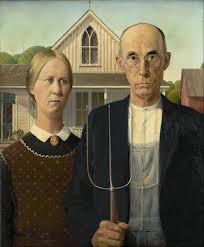 Guess what; there isn’t one.  At least there is not one in the sense that we
use it today.  Here are the closest words I could find to the
use of the verb "play" in the sense of having fun:  Caper, carouse, cavort, dally, frolic, revel,
romp, carry on, fool around, horse around and make merry.

All of these have an archaic and even anarchic quality to
them.  Try using some of these words to
describe our business:

Cavorting, carousing and horsing around seem a bit
violent and out of control.  A drunk
carouses (I certainly did some cavorting in college) but depending upon one’s
viewpoint carousing can seem anywhere from obnoxious to dangerous.  There are no rules for cavorting.

None of them do the job; but why not?  After all, there are many synonyms for work:  Labor, produce, slog, perform, muscle, toil,
plug away and earn a living to name just a few.

It is not as if the use of the word “play” is new.  According to at Thesaurus.com it dates back
to the 14th century when it was first used as an alternative to the
verb work. My guess is that play as an activity has never been taken
seriously enough to warrant alternative words.
Just think of the Ant and the Grasshopper, Aesop’s tale of the sturdy
ant who worked while the grasshopper played his fiddle.  Here is the fable as presented on Tales With Morals. In a field one summer's day a Grasshopper was
hopping about, chir.ping and singing to its heart's
content. An Ant passed by, bearing along with great toil an ear of corn he was
taking to the nest.

"Why not come and chat with me," said the
Grasshopper, "instead of toiling and moiling in that way?"

"I am helping to lay up food for the winter,"
said the Ant, "and recommend you to do the same."

"Why bother about winter?" said the Grasshopper; we have got plenty
of food at present." But the Ant went on its way
and continued its toil. When the winter came the Grasshopper had no food and
found itself dying of hunger, while it saw the ants
distributing every day corn and grain from the stores they had collected in the
summer. Then the Grasshopper knew:

Moral of Aesop’s Fable: It is best to prepare for the days of necessity

The Grasshopper dies in the end.  That will teach him to play.

I believe, however, we are coming into a new age where we
are going to need other words to describe play; that in my next posting.