In the course of my work in the transmedia toy and game
space, I come across and find myself working with some of the smartest toy and
game experts in the world.  In
preparation for my presentation at the World Congress of Play, http://www.worldcongressofplay.com
I thought I’d formalize some of these experts insights, distill them for my
presentation at the show, and share some of these interviews for you here.  I do this so that I might provide a
preview of what we’ll be talking about at the World Congress of Play as well as
allow you to hear directly from experts that cross the industries of toys,
games and entertainment. 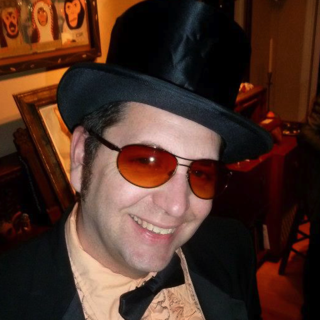 This first interview is with Marty Caplan, a truly
transmedia man, with a background in toys, board games, amusement parks,
digital and AAA games and – more recently connected toys.  Marty’s full bio is below.  This will be the first part in this
series with more to come.

What are some of the most significant changes in the games
and entertainment industry over your career?  How do these changes continue to impact your work
today?

The most significant change is the way that games have lost
their stigma and become equal to movies and TV in all the ways that count –
audience size, revenue, and critical acclaim. It’s amazing to see how the
earliest games like Pong and Space Invaders have evolved into an entertainment
force that all ages worldwide participate in.

Working today in games means you have an infinite array of
choices in terms of the ambition and audience for a game project. Free game
creation tools and digital distribution mean niche projects are possible and can
be successful.  This allows “auteurs”
and independents to flourish. And of course, blockbuster projects can reach
everyone, everywhere.

Computer games are such a fascinating blend of all previous
art; The concept of the player-directed interactive experience crosses all
boundaries of product, enabling unprecedented immersion in a fictional world.
And with more and more computing-capable objects around us all the time, games
are reverse-colonizing the real world!

BR:  What hasn’t
changed over the years, what foundations have remained with all of the changes?

MC:  I’ve
recently been working with Chinese developers and one thing that is fascinating
is that game mechanics are not dependent on language. A game loop that is
playable provides a user experience that can be intuited by anybody no matter
where they are from. Humans have a deep desire to play no matter where they are
from and the effective play patterns work cross-culturally to a large extent.
Gaming is a universal language in the same way that musical scales or
storytelling archetypes can be.

BR:  How has the
growth of game playing audiences effected how you develop entertainments and
games?  Has it effected who you
develop for?

MC:  The wide
acceptance amongst all ages (not just kids anymore) of gaming as a leisure
activity has opened up my work by requiring a better understanding of a wider
range of possible players. Depending on the project’s goals, I find myself
putting on the 45 year-old woman hat, or the 60-year old man hat, or the 3-year
old preschooler hat. It’s made the game of making games that much more fun for
me.

BR: Which new technologies and platforms are you – as a producer
and game player – most excited about and why? 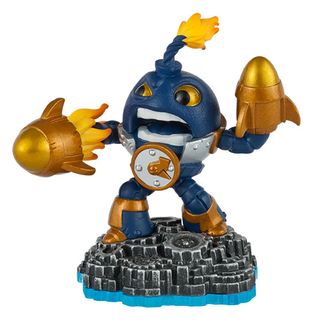 MC:  I’m most
excited about extending games into toys right now. The success of Skylanders[1]
for Activision and the big bet that Disney is making with Infinity is the first wave of gaming on what we might as well call the
Internet of Things platform. The implications are very, very interesting. I
think it will evolve into what I call “Ambient Games” where multiple layers of
gameplay are layered over everyday reality, making your whole life (if you
choose) into an adventure. It’s a natural evolution from the desktop, to the
living room, to the mobile device, to everything outside your doorstep becoming
gamelike.

BR:  How do you
think connected toys and devices will influence access to and interaction with
games?  Storage of game data?
Collectibles markets?

MC:  The
connected toys and devices will add themselves to the function loops we
currently see on free to play mobile games. Toys for Bob’s lead designer said
that to make Skylanders, they
combined what kids have done forever: collect toys and play videogames.  I see each virtual game piece in the
game having a real equivalent and those real equivalents becoming a
constantly-updated device that works with the game both on and offline. They
could work as controllers, as tradeables, as appointment reminders, etc. Not to
mention providing great security for player accounts – real objects with
encryption keys tagged to a gameplay account. So many applications, the mind
boggles.

Now expand that into not just toys but connected devices
that talk to others you wear, in your home, and in the rest of the places you
go and you start to see the shape of the future.

BR:  What is it
like developing digital games with toys and real world elements in mind so that
these are integrated into the game mechanics rather than being parlor tricks?

"If the game is fun
without the toy, but super fun with it, then you have
succeeded."

It’s all
about utility that supports the core gameplay being built in and enhanced (but
not required) by the connected real world element. If the game is fun without
the toy, but super fun with it, then you have succeeded. You have a baseline
additive fun factor with just the physical object – just look at the licensed
toy market as it is. Adding functionality to that collectible figure will be de
rigueur for transmedia IP in the next couple years or so.

As a first mover, Skylanders
opted for a model that requires the toy to play the game at all, so that can
work. I’m not sure if that can be done again as expectations rise, however.
Even with their new version Swap Force,
they are allowing customization of the game piece to flow into the game in a
more advanced way. Millions of kids have been trained to have a game-connected
toy, and as they get older they will be looking for new experiences that expand
upon the fun they had with Skylanders.

BR:  What do you
think will accelerate the growth and expansion of connected toys – and the
“realification” of games?

MC:  There are key technologies that are dropping in price every
day – Bluetooth chips, CPU and graphics processors for mobile, and better/smaller
battery technology are  three key
elements. A big watershed will be the migration of walk-around HUDs to contact
lenses combined with voice control of computers. Google Glass is the Pong
equivalent of what we will eventually see. I cannot wait for that! At that
point Ambient Gaming will have a platform the likes of which will enable a
literal world of games around us.

With 13 years in the game industry and time served in
theme parks, internet and film before that, Martin Caplan has done some pretty
fun and weird stuff. Currently he's consulting as an Executive Producer with
Neomyx (Mobile games). In the past, Martin has been Executive Producer at Robot
11, creating amazing mobile connected toys. Before that, he was a Producer at
BioWare / EA leading teams to create amazing next generation experiences in
mobile games with AAA brands. He was Senior Producer and New Business Director
at Other Ocean, pitching and running projects in the mobile/social space. At
Sixense, he served as Senior Producer leading an internal dev team to create
innovative gameplay for the Razer Hydra motion control hardware in a Valve game
mod for Portal 2. He was previously a Producer at Sega of America for 5+ years
with 18 shipped titles. He has worked in the serious games industry as a game
and interface design consultant for U.S. intelligence agencies, earning Secret
clearance. Finally, he founded and sold Paragon Games, a tabletop RPG game
company, developing and publishing RPG books and boardgames.

Marty can be reached via his website at http://www.theludologist.com

[1] If you are unfamiliar
with the Skylanders franchise and story, see my recent article here:  Making the Old New Again: Reviving
Content with Transmedia Techniques and Connected Toyshttp://www.globaltoynews.com/2013/08/making-the-old-new-again-reviving-content-with-transmedia-techniques-and-connected-toys.html