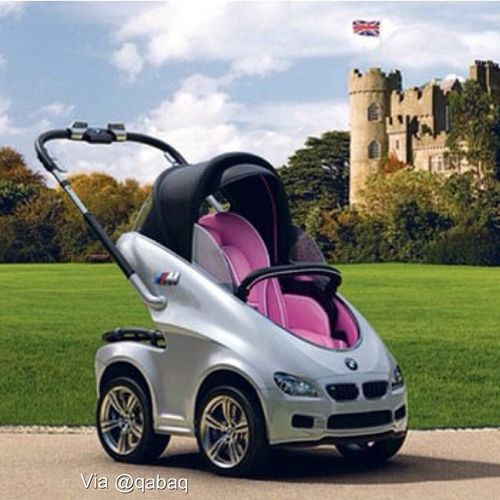 McLaren, one of the world’s leading
manufacturers of top of the line baby strollers, has introduced a BMW
model.  It doesn’t just carry the name
plate but actually comes with a VIN number in case you need to order parts.

Whether you consider it great marketing or just another
sign of the apocalypse, you have to admit that BMW is branding way, way
upstream by putting BMW in the consciousness of every upwardly mobile baby.  As adults they will murmur to themselves: “I
don’t know exactly why, but I love driving a BMW.”

I learned about the BMW Buggy from Phil
Patton and the article he wrote for The New York Times:  “‘Baby BMW’ Takes On an Entirely New
Meaning.”  Here is how he describes the
new addition to the BMW family:

The brand marks on the Maclaren
BMW model, under license from the automaker, are tasteful and discreet: there
are BMW roundels on the hub caps of the auto-style wheels and one on the buckle
for the seat belt. The BMW stroller is part of a series of strollers called
Objects of Design that have included models branded Burberry, Juicy Couture and
Lacoste…Accessories include an expandable foot muff, a park blanket, an
umbrella and, of course, a cup holder. The BMW Buggy is available in black,
silver and blue for $385. 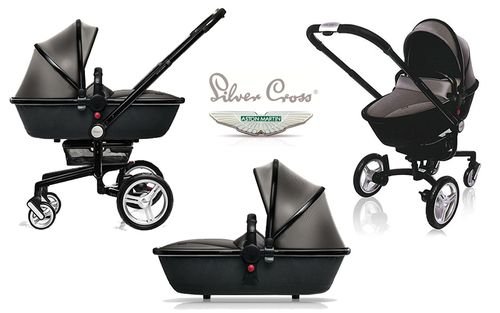 If you really want to make a statement you
may want to consider the Aston
Martin Silver Cross Surf stroller.  Produced by Silver Cross, the stroller sells
for $3,000 and comes in a limited edition of 800.  Its materials include magnesium, aluminum and
leather.  It’s purported to be the one in
which the future King George will be riding.
It seems his father and grandfather love Aston Martins.

How does your baby roll?