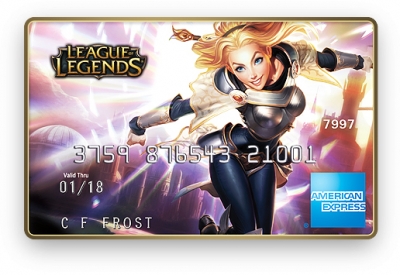 I have written on several occasions that the rising
generation of consumers (Millennials) is going to be a challenge for most
traditional marketers.  They have
different values (they like things are free or almost free); aren’t enamored of
driving and are citizens of the digital world.
That was why I found an article by New York Times writer Tanzina Vega so
interesting.  Entitled “AmEx Links a Debit
Card to an Online Video Game” it is about American Express’s efforts to woo
Millennials via gaming.

Who would have thought that a venerable brand like
American Express would be among the first to figure it out.  The well written article begins with a setup
of the challenge:  “GETTING the attention
of the so-called millennial generation is no easy feat for many advertisers.
Try as they might to break through on television, social media and other
digital platforms, their sales pitches are often ignored in favor of Netflix,
Snapchat, Twitter and video games.”

The solution for AmEx was to develop a sponsorship
program with a popular online video game by Riot Games called “League of
Legends.”  AmEx is issuing a series of
debit cards that bear likenesses of the game’s characters.  The idea is that when you sign up and spend
you earn points that can be used to purchase upgrades in the game.

There are, according to the article, over 32 million
“League of Legends” players in the world.
Though most are young and not particularly affluent (after all, they are
young) AmEx is certainly betting that many of them are eventually going to get
well-paying jobs and join the ranks of the company’s affluent and the upwardly
mobile.

I think that AmEx is really on to something.  As the Millennials increasingly become
parents it’s going to be important that others follow AmEx in figuring out how
to reach a group that continues to be a challenge to the status quo.  What are you doing to reach Millennials?