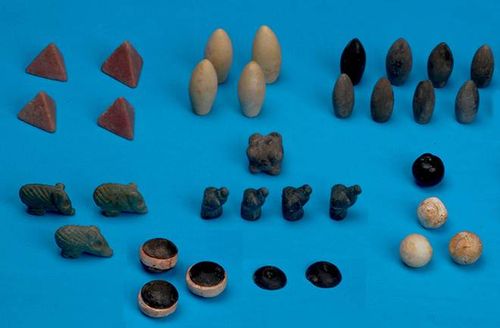 People were playing pretty cool looking games 5,000 years ago.  That's according to an article by Rossella Lorenzi  in Discovery News entitled:  "Oldest Gaming Tokens Found in Turkey."  The pieces come in "…red, green, black, blue and white."  They also come in a variety of shapes including pyramids, dogs and pigs.

Archaeologists are now trying to figure out what kind of a game or games were played with the tokens.  I wonder if they have some game inventors working on the problem?

No matter how you play the game, I think they are beautiful.  Someone should (probably will) produce a game based upon these pieces.  In the mean time, here is a picture of a game board and pieces almost as old found near the Iraqi border.  Its called "The Game of Twenty Squares." 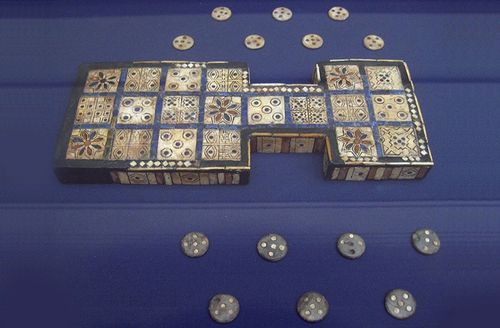 Interesting patterns that appear to carry the earmarks of what were to become dice and mahjong tiles.