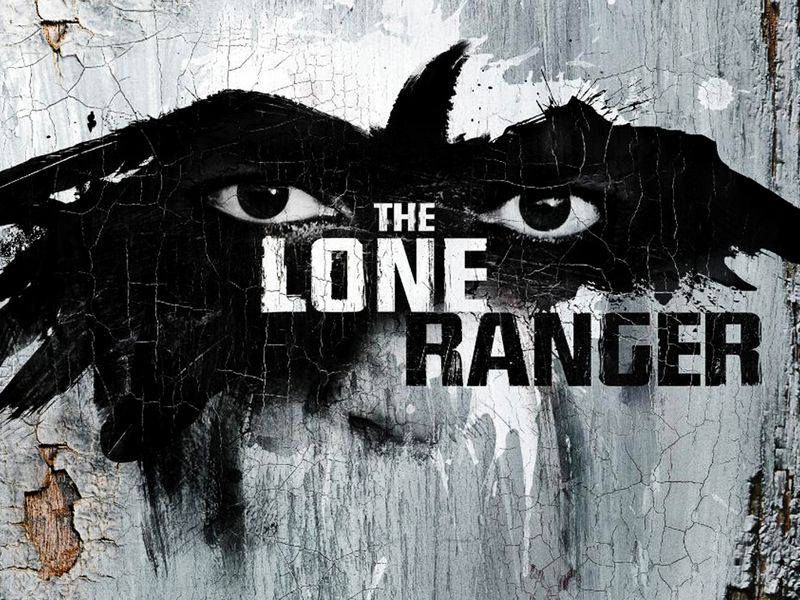 Somebody at Dreamworks Animation
thought Turbo was a great idea.
Likewise, somebody at Sony Pictures thought
The Smurfs needed a sequel. More than likely many team members at
Dreamworks, Fox (distributor of Dreamworks Animation content) and Sony thought
these movies were bankable or at least worth the gamble of the $135 and $100
million respective production budgets and similarly stratospheric marketing
costs – unfortunately, both films will have significant difficulty attaining
profitability at the worldwide box office. We're looking at a major Hollywood
trend further toward expensive blockbusters, something the first blockbuster
directors Steven Spielberg (Jaws) and George Lucas (Star Wars) recently warned
against at the grand opening of the USC School of Cinematic Arts building.

Careful film slate scheduling is
crucial to toy manufacturers who have filled retailer aisles with assorted film
licensed merchandise. For many of us, this trend will recall the ongoing
problems video game producers faced as budgets cascaded upward and blockbuster
grossing games became more and more rare. That's why we lost THQ and Midway
Games; who in their right mind spends $100 million plus on production for a
poker game? For that matter, how does Disney justify spending in excess of $400
million on a reboot of forgotten cowboy
The Lone Ranger? How did Hollywood reach this state? What are the
repercussions and is it likely to change?

In June of 1975, Universal
Pictures released Steven Spielberg's Jaws,
based on the best selling novel by Peter Benchley. Throughout its releases
(1975, 1976, 1979), Jaws pulled in a
then astonishing $470 million at the worldwide box office, relieving The Godfather of its title as domestic
box office champion. By the time George Lucas' Star Wars hit theaters in 1977, smashing every box office record
on its way to $2.5 billion (adjusted for inflation) at the box office, this new
kind of movie was becoming increasingly important for studios. Superman, Grease, Alien, Raiders of the Lost
Ark, E.T., Batman, and dozens more proliferated over the next decade. Some
succeeded and others failed. Every studio sought summer and holiday tentpole
pictures around which to build their entire slates. Sequels, once a prospect of
diminishing returns, proved better and better investments, sending studios
clamoring for franchise-worthy intellectual properties.

In the 1990s, Jurassic Park eclipsed E.T.
and Star Wars to become the highest
grossing film in history, but there was a major difference that was becoming
the norm for blockbusters and would-be blockbusters. Jurassic Park cost over $63 million in production costs and a
likely comparable marketing spend to bring Michael Crichton's story to the
screen, compared to between $9-12 million to produce The Exorcist, Jaws, or Star
Wars. Tim Burton's 1989 Batman
had grossed over $400 million but cost nearly $50 million. Terminator 2 grossed over $500 million but cost nearly $100
million. Production costs for tentpole movies was spiraling upward; thankfully,
studios kept their cool and only released a small selection of costly products
and relegated them to holiday or summer release. Big gambles could pay off,
such as James Cameron's 1997 Titanic
film which cost a record $200 million just to produce. The film was widely
expected to be a commercial failure but caught the cultural zeitgeist and sunk
every box office record in a historic run that would add up to over $2 billion
in receipts. Titanic triumphed, but
it was a significant gamble for Fox and Paramount Pictures.

In 1992, none of the top ten
grossing films cost more than $100 million to produce. In 2002, nearly every
top ten earner cost more than $100 million. The box office ceiling was going
up, but the foundation had cracked and sprung a leak. Nothing to worry about
yet, unless the average cost of each studios' tentpoles and would-be
blockbusters edged closer to the box office reward. All would be well, unless
studios started making too many big budget films for the audience to support,
or if they made the wrong films, or both.

In more recent years, a continued
rise in production and marketing costs, combined with over-expensive film
slates, has lead to diminishing returns for studios. 2008's The Dark Knight grossed over $1 billion but cost $200 million to
produce and likely a similar amount to market. As a rule of thumb, exhibitors
claim nearly half of box office ticket price but amass virtually no marketing
costs. The Dark Knight was the
biggest hit of the year but Warner Bros. would have to count on licensed
merchandise, home rentals, and home video to see the big reward. Similarly,
Warner Bros.’ Man of Steel hit
theaters this year and is currently the fourth highest grossing film of the
year with nearly $650 million at the box office. But with over $500 million in
production and marketing costs, Man of
Steel is a new kind of gamble – Warner Bros. spent a fortune to make sure
future sequels and spin off films are hotly anticipated. The gamble may yet
work: Warner announced Batman Versus
Superman for 2015. But for now, Superman is in the red.

Warner Bros. Superman franchise
has exhibited past success and brings one of the most recognized characters
back to cinemas, but other 2013 gambles make less sense. Jack The Giant Slayer generated only $197 million in ticket sales,
but cost in excess of $200 million. After
Earth cost $130 million and limped to $244 million (Sony should see a few
dollars profit, but did the film damage the valuable Will Smith brand?). White House Down cost $150 million and
will top out at $125 million in ticket sales. The enormously expensive Johnny
Depp film The Lone Ranger is perhaps
the year's biggest bomb, costing $225 million (sans marketing costs) and
grossing less than $200 (Don't feel too bad for Disney, Iron Man 3 made up for other failures in spades). Turbo cost $135 million and just
reached that amount at the box office.
R.I.P.D. died at a mere fraction of its $130 million production cost. While studios are still seeing
profit from many tentpole films, the 2013 film landscape has been too crowded
for many breakout hits. The tight release dates of Despicable Me and Monsters
University made for a hard choice for family options. Epic, already in release, was soon joined by Grown Ups 2, Turbo, The
Smurfs 2, Percy Jackson, and Planes.
Despicable Me reigned supreme at the
box office, trouncing the competition. But Disney's low cost Planes, a sort-of sequel to the Cars franchise, could end up the big
winner at a low production cost of $50 million and an extensive merchandising
buffet let by Mattel.

In June, just as the summer box
office had begun rolling thanks to Iron Man, Captain Kirk, Gatsby, and friends,
Steven Spielberg and George Lucas, the originators of the Hollywood
blockbusters and tentpoles via Jaws,
E.T., Star Wars, and other all-time record holders, convened at the USC
unveiling of its' School of Cinematic Arts building. The two billionaires took
the stage, bantered, and, as only accomplished billionaires can, casually
predicted an implosion of the movie business as a result of half a dozen $250
million budget films flopping with audiences. Spielberg's prediction hedged on
the numerous big budget films each studio was gambling on. Spielberg expects
the film industry to "go crashing into the ground," resulting in a
paradigm shift as vast as the one that yielded the big budget blockbusters. At
the time, Spielberg and Lucas' commentary may have struck an oddly dissident
cord. Iron Man 3 was playing more
like an Avengers ($1.5 billion
worldwide) sequel than an Iron Man flick ($585 and $624 million, respectively), The Great Gatsby was a successful
visionary alternative for Hollywood's platter of action flicks, and Fast & Furious 6 became the highest
grossing film in its series. Columnists on Boxofficemojo.com
and boxofficeprophets.com, two websites generally respected for unbiased (or at
least uncorporatized) analysis of box office revenue, return to a key theme
time and again: if a great film hits theaters, audiences make room for that
film, regardless of release date. But modern Hollywood is gambling recklessly
on too many big budget tentpole films and widely aren't mitigating those risks
via other efforts. Based on 2013 box office results, Hollywood isn't making
enough of the movies that audiences want to see. These breakout movies aren't
nearly as costly to produce and market. These movies rely on strong word of
mouth and come out of nowhere. These movies provide high margin wins, even if
the final box office isn't measured in billions. Evil Dead, a remake of Sam Raimi's horror classic, grossed almost
$100 million on a $17 million budget. Now
You See Me cost $75 million but raked in $255 million. The Purge, a $3 million budgeted sci-fi thriller, delivered
hugely on its cost by selling $81 million in tickets. This is The End cost $30
million but had revenue above $100 million. The
Heat, Sandra Bullock and Melissa McCarthy's buddy comedy, cost $43 million
and made $200 million. Lastly, We're The
Millers opened last weekend and has already surpassed its production
budget.

It is possible for a studio to
fill its film slate with its best bets and mitigate risk by producing an
assortment of big, medium, and low budget films. Summit Entertainment (now part
of Lionsgate) is the best modern example. The Twilight movies started in 2008 with a $37 million to $392 million
cost to sales ratio. Sure, the flicks got more expensive as time went on and
audience expectations were raised, but even the finale of the Twilight series cost $120 million, remarkably
low for a movie grossing $830 million. Say what you will about Summit's
schizophrenic film slate, but the studio has the best margins in the business.

Despite ample evidence that the
crowded landscape is causing audience fatigue and dwindling box office, 2014
and 2015 continue the upward trend. In 2015, no less than 29 movies budgeted at
over $100 million (assume another $50-100 million for marketing) will hit
theaters (Avengers: Age of Ultron, Batman
Vs. Superman, Star Wars VII, and Avatar
2 all hit that year and can be expected to cost Disney, Warner Bros., and
Fox $300 million or more a piece). That's a record.

How does the resulting decreased
consumer demand impact licensed merchandise? Will toy sales wane as each event
film is immediately forgotten in favor of the week’s new entry? When Spielberg
and Lucas launched the blockbuster “genre”, Star
Wars continued to perform at the box office and in the toy aisle for years
on end. Today, Disney’s Planes will
have a matter of weeks in theaters and that diminished lifetime will impact toy
sales. For some films, merchandise presents higher revenue potential than
theatrical exhibitions and home video. Manufacturers better look more closely
at the value potential of licensing toy rights for big budget 2015 film
properties. There are a lot of them and many will go the way of Turbo, The Smurfs 2, After Earth, and The Lone Ranger.