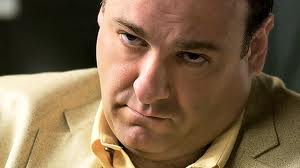 One of the things I notice when I work with early stage
entrepreneurs is that all of their focus in on selling their creation.  That’s of course a good thing but what they
fail to consider is creating value.  In
the long run, a high value piece of intellectual property, whether it is a
character like Sponge Bob Square Pants or a game like Rubik’s Cube, is where
the real action is.

That was why I was drawn to an editorial in The New York
Times by Jared Bernstein and Dean Baker entitled:  “What is Seinfeld Worth; BADA GDP!”  It seems that in the recent past, the Federal
Government in calculating GDP treated the research and development that went
into creating “intellectual property products” as a cost.  As Bernstein and Baker put it, it was in the
same category as paper clips and electricity.

Intellectual property will now, however, be treated as an investment.  Here is how the authors put it:  "Now there is a new category
in the quarterly G.D.P. reports called “intellectual property products,”
including “entertainment originals.” For example, the production costs of…  [A] “Long-lived TV shows” — ones that provide
a steady stream of income, like “Seinfeld” reruns — will for the first time be
counted as investment."

Why, because by treating it as an investment the
government is recognizing that it can create future income.  It seems odd, at least to me, that these were
not counted as income prior to this.  Not
surprisingly, it’s made quite a difference in the country’s GDP, adding $560
billion to the economy.

So, my creative friends create some more intellectual
property but be sure to protect it with a trademark, copyright or patent.  If you don’t you won’t ever see that value.