Potential reshorers would do well to
learn from fellow manufacturers that have already made the move back home. 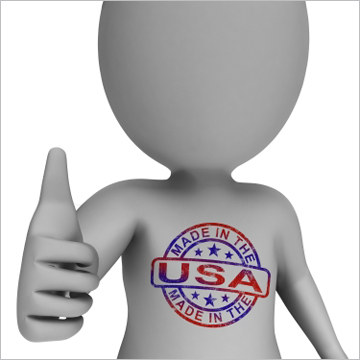 Reshoring success stories faced
settling-in difficulties early in their move back home. Companies looking to
follow in their path should expect the same.

The challenges and how they impact
manufacturing vary from one industry to another but generally, gaps in the
supply chain and worker skills are the biggest obstacles.

Reshoring Initiative president Harry
Moser said in an e-mail that supplies availability can be an issue because some
items are no longer made in large quantities in the US anymore. Reshoring
Initiative is an Illinois-based organization tracking reshoring activity.

"In most cases, the problem will
be solved by US companies returning to their roots or by Asia vendors that will
invest in transplants to restore the US supply chain," Moser added.

Finding potential providers is one
issue. Forming a new and what eventually should be a trusted supply network
from these vendors, however, is another. For this, manufacturers will have to
vet prospects based on quality, consistency and reliability, just like when
they first established factories in China.

On the other hand, companies can retain
their current materials and components vendors. The problem with this strategy
lies in the fact that the providers are often based within the original
offshore location, practically defeating one of the purposes of
reshoring: cost savings.

Faced with these options and the
challenges that go with them, manufacturers need to ensure their supply chain
can be reconfigured quickly to avoid disruptions in production and delivery.

Simple Wave LLC encountered delays in
shipping its molds back to the US. “It took much longer than we anticipated to
get the China factories to release our molds and ship them to the US,” said
co-founder Rich Stump. The molds had to be retrofitted so they could be used on
US molding machines.

Unless they plan to bring in workers
from the overseas factory, reshorers-to-be should prepare for a prolonged
recruitment and hiring binge on their return to the US.

Figures vary, but it is generally
known that the US, similar to China, is short of skilled workers. This has
resulted in 600,000 vacancies across various manufacturing industries as
estimated by the Manufacturing Institute in its report on skills gap.

Interviewed via e-mail, Michigan
Ladder Co. CEO Tom Harrison said the lack of skilled workers in the US is the
biggest challenge to reshoring. The manufacturer used to source fiberglass
ladders from China and Mexico but shifted to in-house production at its
Ypsilanti, Michigan factory in July 2012.

The thinning of production skills in
the US can be traced to the manufacturing exodus in the late-1990s and what is
left of the talent pool is shrinking further. Reporter Dan Eaton wrote in a
Columbus Business First article that the current generation of factory workers
is retiring and fewer younger people are pursuing
blue-collar careers. Illustrating the last are mid-2012 survey
results from the Pew Research Center that show the manufacturing industry
ranking only fifth among employment objectives of US college and university
graduates.

Eaton also listed the jobs with a
worker shortfall – welders, machinists, and certain types of mechanics and
engineers – and the industries with the biggest employment needs, including
automotive, machinery, metal products and chemicals.

Many industry experts advise
manufacturers to act on the shortage fast, pointing to worker training as a
worthwhile investment. In the Columbus Business First article, Manpower Ohio
regional director Jeanne Farmer said companies should look for applicants who
can be upskilled and promoted internally.

"In the short term, we will have
to train the workers ourselves," said Harrison of Michigan Ladder.
"It is not really a problem that any one manufacturer can solve. It is a
larger issue for our country."

Reshoring Initiative's Moser,
meanwhile, is optimistic that the movement itself will attract talent as it
kicks into high gear. "As more reshoring happens, more and better students
will go into manufacturing, improving the workforce." Based on data from
various sources, Reshoring Initiative said about 160 US companies have returned
from their offshore locations in recent years. About two-thirds of these
companies used to outsource to China.

Costs and time-to-market top many
makers’ list of reshoring drivers.

Manufacturing in China has grown
steadily expensive in recent years, with rising wages, an
appreciating yuan and a shrinking labor pool leaving makers little wiggle room
to keep down costs.

Worker salaries, in particular, have
been a cause for concern.

In its "Made in America,
Again" report from 2011, BCG said wage and benefit increases of 15 to 20
percent annually will cut China’s labor cost edge over certain US states to
just 39 percent by 2015. This will reduce cost savings to single-digit figures
since labor represents a small fraction of manufacturing expenses.

Manufacturing and reshoring experts
believe makers should take into account total expenses and not just worker
wages when figuring out how much offshore production is really costing them.

According to Reshoring Initiative,
companies can miscalculate 20 to 30 percent of actual offshoring costs if
sourcing decisions are "based on price alone." Moser recommends
"all companies reevaluate their offshoring using total costs instead of
labor rates or ex-works price. If they do so, companies will bring back as much
as 25 percent of what they have offshored."

As for Simple Wave, reshoring has
given it more flexibility in fulfilling various order requirements and tighter
control over quality. Further, lead time has been reduced to just one to three
weeks. Established in 2008, Simple Wave started out making the CaliBowl, its
signature product, in China. The company shifted 100 percent of operations to
Northern California in late-2011.

Believing that reshoring will enable
it to supply retailers faster, UK-based Symington's is transferring noodle
production from two factories in China's Guangdong and Zhejiang provinces to a
facility in Hunslet, near Leeds.

The new £15 million ($22.9 million)
plant will be operational by August 2013. It will make noodles that will be
"used in about 100 products, including the Golden Wonder Nations Noodles
range," said Symington's business development director Henrik Pade.
Sourcing the noodles from China takes eight to 10 weeks whereas these will be
available at the Hunslet factory in one day.

Together with General Electric,
Caterpillar Inc. is among the "giants" that have returned to the US.
Caterpillar opened a $200 million factory in Athens, Georgia, in early-2012 for
construction equipment, which was previously manufactured in Sagami, Japan.

The products are mainly for the US and
Europe and "it made more sense to make them in the US," said chief
corporate spokesperson Jim Dugan. "Similarly, almost all of the machines
we manufacture in China are sold there."