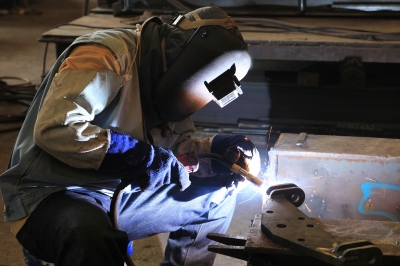 The deficit of skilled and experienced workers in China continues to increase even as the general labor shortage starts to relax.

Many suppliers cite wages as the main point of contention although worker salaries have climbed steadily over the past several years.

"China companies are growing and they have salary wars for the best
talents in the market," said Chen Chunjie, CEO and board member of HROne.

The senior human resources executive added that the skills gap is now
evident in HR outsourcing, with a growing number of clients requiring
services to find and hire experienced employees. Foreign-owned
companies, in particular, are feeling the pressure as skilled workers
and qualified graduates are snapped up by local manufacturers.

Some suppliers start the "hiring" process even earlier. They have
partnerships with technical training schools to get first pick of the
best students to intern at their factories, said Irene Guo, sales
manager of Shandong Kangtai Industry Co. Ltd.

This method poses another challenge. Interning at a manufacturing
facility more or less secures immediate employment, reducing the number
of students who will actually be looking for jobs after graduation.

Chen said the number of graduates might not be enough to fill all the open positions.

Sharing this opinion is Lorenzo Panizzari, operations manager of
Nordmeccanica Machinery (Shanghai) Co. Ltd. "The number of manufacturers
needing skilled workers is climbing faster than the 'production' of
technicians from schools."

Jinjianfeng Group Pinghu Children Tricycle Co. Ltd had signed
agreements with technical schools in Jiangsu and Anhui provinces a few
years ago. Still, the manufacturer could not fill all vacancies as
demand, specifically for technicians, outstripped availability.

Changing preferences is another issue. Rather than enroll at a
vocational or technical school, many young Chinese enter university to
obtain a bachelor’s degree that would put them on the white-collar
career track.

Michael Liang, manager of Qingdao First Safety Footwear Co. Ltd,
believes technicians are critical in the manufacturing industry as
development will stall without them. "Factory work, however, is
considered a dead end."

Chen of HROne said that with the one-child policy, parents can
support their children longer. "We can see young adults still living
with their parents at the latters' expense. They have less motivation to
earn a living. And even if have graduated from university, the salaries
are not as high as their expectations."

Nordmeccanica's Panizzari tells of factory personnel who “do not have
a sense of responsibility and do not plan for their future.

"Despite my prodding, some workers refuse to enroll in English or
technical courses, probably because they think I am requiring them to
spend their free time on an unpaid task."

Another issue, Chen notes, is fast-changing technology, because of which the definition of "skill" is more complex than before.

"Not all traditional workers can catch up with the trends. They stay
in the 'old skills' and end up not considered skilled talent anymore."

For makers in the coastal manufacturing hubs, the development of
inner China and the resultant hometown pull are compounding their
already short supply of skills.

Consumer products companies feel the pinch particularly because
“these are the factories along the ‘gold coast’ and are heavily reliant
on migrant workers,” said Andrew Reich, CEO of InTouch Services. Shenzhen, Guangdong province-based InTouch provides QC services for overseas buyers.

More factory personnel are seeking and accepting employment in or
near their native homes, not necessarily because jobs there pay better,
but because they can live within proximity of family and friends.

Jonathan Fenby cites as an example the rural residents of Sichuan
province who have found work closer to home thanks to the manufacturing
boom in Chongqing and Chengdu, Sichuan's capital. Fenby is the managing
director of the China team of research firm Trusted Sources.

"Workers can return to their villages when they have time off and can
leave their children there to go to school rather than being restricted
in cities by their rural hukou residence registration."

Cost of living considerations are adding to the hometown lure. China
Daily wrote in February 2013 of a worker earning 3,000 to 4,000 yuan
($480 to $640) monthly from his job at an industrial park in Nanchong,
Sichuan province. He was able to save 20,000 yuan ($3,200) a year, which
is double his savings while he was based in Shenzhen and making almost
the same salary as his Nanchong job.

For inland suppliers, meanwhile, the migration solves just one issue: populating their factories.

Manufacturers such as Chengdu-based CCK Group/CMMC Co. now have to ensure new hires are in it for the long run.

CCK found as many workers as it needed within a 500km area and will
be providing these personnel with appropriate training to hone their
skills further. Concurrent with this is instilling company loyalty so
that workers will not jump ship once they get enough experience that
would land them better employment elsewhere.