In the world of digital games – as in many other worlds –
acronyms rule the day and separate the insider from the outsider.  This special alphabet language can make
for difficult discussions when industries begin to collide or even want to
partner and evolve.  Sometimes
though, the concepts that the acronyms embody are a “secret sauce” and are
something to be embraced. 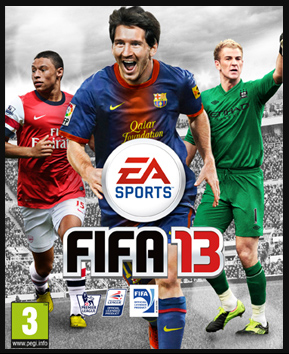 A very
important cpncept/acronym for the worlds of games and toys is ARPU. ARPU is not a cuddly character and friend of Winnie – it’s a
leading indicator of success also known as Average
Revenue Per User.  ARPU is the
measure of choice for casual and social games – especially those termed F2P (free to play) – since this measure helps
to define how successfully a game or product is monetizing its user base.  The often used and associated term
ARPPU – for Average Revenue Per Paying User
– is defined as the average income only from those users have that converted
into paying customers and is a solid indicator of how well a game is upselling
its premium services.  While these
terms come primarily from internet service companies and have been the focus of
the casual and social game markets, other types of games and game companies are
increasingly looking to ARPU as the economic factor that they need to focus on
for the future.

In a recent investor meeting at Electronic Arts (EA)[1]
in June of this year, senior executives described a strategy that focused
strongly on ARPU/ARPPU and hinted at more than one free to play game coming in
the future.  They likewise confirmed
a F2P mobile version of their FIFA game which will base its entire revenue
structure on upsell.[2]  This is all a huge and needed shift for
EA.

As with many in the world of
high end, AAA or console games, trends have been moving away from off-the-shelf
sales to selling as Downloadable Content
– DLC – for a long while.  The DLC
model helps companies by curbing the re-sale markets and cutting out retailer
share and business development concerns. But even with shifting to DLC, wherein
payment for the product is in hand before the player even gets the game, pre-sales has been eroding for years
and this decline has been tied to the rise of tablets, smartphones and free to
play models on the web.  But many
companies, like EA, felt they needed to hold onto high upfront prices to make
back the huge and ever growing budgets of producing their high quality
content.  Meanwhile, companies
offering “free” games may be able to bring in over $50 per paying user – and
sometimes more – PER MONTH.  Rumors
suggest that “whales” – big players/payers – can exceed thousands of dollars total
lifetime value (LTV) – a far cry above a $60 price tag for a one off software
package.   Plus, with the
massive numbers of players that free games generate – there are many other
options for monetizing and upselling the lower paying user base.

EA is not getting out of the pre-order business and is not abandoning
its buy-in price tag of approximately $60/per AAA title, but they are wisely
looking at how they might extend the value of these paying players by providing
“value added content.” EA COO Peter Moore said,”… looking
at the customer more from an ARPU perspective rather than a packaged goods
perspective, we think there's a great opportunity to get $70, $80, $90 from
that consumer."[3]

EA also suggested that they are in the process of developing
5-6 new games with value added content to up their ARPU.  Most game companies have focused their
value added content on virtual goods – including virtual currencies,
collectibles and “powers” – and for good reason:  These items are inexpensive to create, are infinitely
scalable and in demand by players.
According to an Inside Virtual Goods report – in the US alone – the virtual
goods market exceeded $2.9 billion.[4]   But with another big player like
EA getting in transmedia territory – real goods – toys, wearables and
collectibles in a Skylanders and Disney Infinity like strategy – can not be far
behind. (See earlier story about this here: Crisis/Opportunity
in the Games and Toy Businesses)

So, in essence, by making a move towards a new and
disruptive business model and embracing ARPU, EA may find itself embracing an
old business model that, at one time, it helped to disrupt:  tangible toys and games.  ARPU may make strange bedfellows, but
it also makes sense – and it looks like it will also be making dollars for EA
and other smart toy and game companies that begin to follow suit.

Terms and Acronyms from Social, Casual and Digital Games :

CAC – Customer Acquisition Cost. Average spend required to
create a group of new customers. More about this below.

CPA – Cost Per Acquisition. Another way of saying CAC.

DLC – Downloadable Content.  Modern digital version of pre-order/pre-paid sales wherein
the customer pays an upfront fee prior to getting any access to the
game/system.

F2P – Free to Play.
A game – most often web or mobile based – that offers players free
access to the game without any upfront payment and then monetizes customers by
selling value added content, services and goods.

LTV – Lifetime Value. The total revenue (or profit)
generated by a customer over the course of the relationship with that customer.

[2] FIFA is the Fédération Internationale de Football Association
or in English: International Federation
of Association Football.  In
American – it’s the World Soccer League.