Move over Angry Birds, here come Angry Amoebas! If you think video games have become too realistic, these games may not be for you.  But, if you remember the thrill of playing with bugs as a kid, setting up cricket camps and putting them through a series of Hunger Games-styled obstacles, reenacting the olympics with grasshoppers, or being fascinated by the micro organisms smooshed between glass and enlarged by a microscope in your chemistry class, then you’ll love the concept of “live” video games.   Modern technology and science have teamed up and taken electronic game play to a whole new level.  A microscopic level. 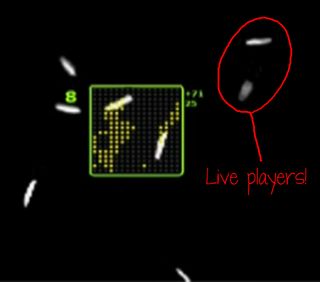 About four years ago, Stanford bioengineering professor, Dr. Ingmar H. Riedel-Kruse started working on the idea of using live paramecimum as the players in video games.  By merging biotechnology and simple electronics he has produced the basis for what he calls  “biotic video games”. So far, Riedel-Kruse has created three types of games using biological processes: paramecia, PCR (polymerase chain reaction – an automated process for creating millions of copies of an organism’s DNA in as little as two hours), and yeast.

Chances are, you won’t find these games on the shelves of your neighborhood Toys ‘R Us anytime soon.  It’s a bit of a Do-it-Yourself game creation and not for those who are squeamish.  Paramecium are extracted with an eyedropper and placed in a fluid chamber with a mounted webcam.  Live images are then sent back to a video screen. By pressing buttons on a rigged, rudimentary game controller, a mild electrical current is activated, sending the critters moving in a specific direction.  Digital graphics appear on an overlaid screen, giving the appearance that the living organisms are interacting with the game. As the slight electrical current is emitted, it encourages the paramecium to ‘run’ past the designated play zone or obstacles and toward a specific goal.  The screen then produces visual and audio feedback indicating the player has scored a point.  It’s a little like PacMan meets Microbe. While the concept is very exciting and provides a hands-on learning experience with biology, some critics are finding it unethical, sighting that humans are once again interfering with nature and using it for entertainment and money making purposes.  It raises the question, “What are the rights of an ameoba?”  True, it is a living organism; but, it doesn’t have any feeling and it lacks a brain.  Whether you are in favor of or against the idea of using microscopic, unicellular life forms for entertainment purposes, you have to admit it is an interesting and unusual application for game play.  In terms of creating an interactive learning experience and game all in one, the potential for teaching kids and adults about biology is endless.

Of course, using living organisms as game pieces is not without its challenges. When you put the game aside for a few hours or even a day, your single-celled players may not be as alert, or even alive, when you return to the game.  For those hardcore gamers out there, that’s sure to add a whole new level of challenge to this game of life.