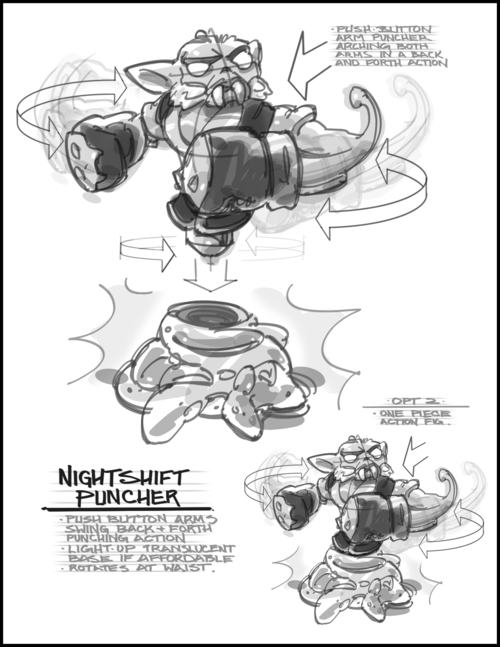 Ideation is an art. Really. When you think about it,
ideation is the magical process of creative thought that only a few have ever mastered.
The main focus of the ideation sketch should be that shiny new idea, but
more often than not the impact is over shadowed by too many details and static
renderings.

When you sketch an idea, remember that you are not selling
the annotated technical information but the toy concept itself. The star of the
show, or sketch in this case, is the idea and therefore must have within the
sketch a vibrant burst of spontaneous emotional impact.

Emotion you say—in a toy design? Well, how can that
be? Believe it or not, when I saw a concept sketch of a Brooks running shoe by
an amazing designer I darn near cried. His work captured the essence of the
proposed layering system in such a way I saw myself running at full speed with
the crowds cheering my name.

It was an amazing dream because I run like a snail on
a sedative and there is no way any running shoe could ever turn me into a
world-class marathoner—but the sketches did, for a moment, make me dream
that I could.