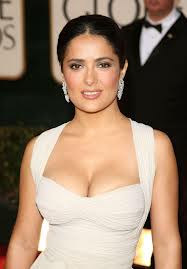 Want to have some fun?
Google the word “toys” and “race.”
What do you get; well, you get lots of information on Hot Wheels,
Carrera, racing sets and so much more…on cars.  What don’t you get; any information on how
different races of people interact with toys and games?

I note this fact because I have been recently getting
calls from the press asking my opinion on how the toy industry is handling the
rapidly changing makeup of America’s children.
“What is the toy industry doing to accomodate the new racial mix in America?” I am asked.  "Not so much," I reply.

You would think that in an age where Asians and Hispanics
make up 98% of American, big city population growth; in which Hispanic
Americans go to the movie roughly 50% more than other groups; in which the
birthrate among non-Hispanic White Americans is down 53% and in which deaths
now outnumber births for White Americans for the first time in 100 years that
the toy industry would be all over the demographics of what is happening.  You would think…

With the exception of brands like Dora The Explorer and
Handy Manny (he’s a janitor); there appears to be little movement towards
satisfying Hispanic shoppers.  “Baby
Abuelita,” a doll that sings Hispanic songs and has found distribution in the
Hispanic markets for big chains like Wal-Mart is one of the rare exceptions of
a retailer actually being able to see the doll forest for the trees.

If you are aware of any studies available on toys, race
and culture in the US, please let us know.
All of us need to know, not what Hispanics think, but how Mexicans,
Columbians, Cubans, Caribbean, African, Chinese and Japanese Americans want to
play.