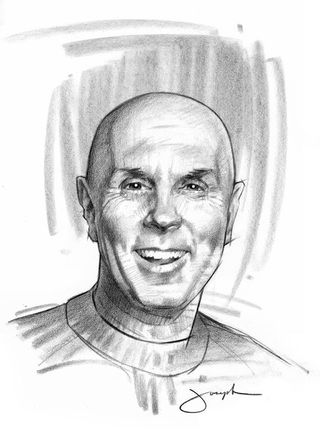 For several
decades, Richard Gottlieb, president of Global Toy Experts, has interviewed the
Who's Who of the toy industry. Now, I'm turning the tables on this venerable
toy expert as he discusses the toy industry at large, the secrets to his
long and successful career and his upcoming "World Congress of Play" conference in San Francisco.

Dawn:  What do
you think are the three most important secrets of your success?

1. Always be a
student. Things change so rapidly and there is so much to know; being a
student allows you to be on the front end of what is happening rather than
finding out after it happened.

2. Be a great
communicator. Always call or email back within 24 hours; try to respond to
anyone who reaches out to you and make sure that the people with whom you are
working never go for more than a week without hearing from you; even if there
is nothing new to report. Also, and as important, be a great and active
listener. Always make sure that people know that you actually heard what they
had to say by periodically summarizing their thoughts back to them. That
way you know that you heard them accurately and they know that you cared about
what they had to say.

3. Make great problems for
yourself. Take on challenges that scare the hell out of you and then accomplish
them. If you do, you will grow your knowledge base; you will meet some great people and believe me, you will have some amazing
adventures.

Richard:  Emotional words like warm, helpful and caring come to
mind as well as cerebral words like intelligent, insightful and creative.

Dawn:  If your
life was broken down into the parts of a story, what would we be reading right now: the introduction, the rising action, the climax, the falling action
or the conclusion?

Richard:  The climax. I am
just getting to the good part.

Richard:  The most imminent
threat is the failure to recognize that we no longer compete for square inches
on a shelf, but for time in someone’s head. Time is now a scarce commodity
and there is more competition for that time than at any time in history. Problematic
for anyone who sells play is that there is, between video games, traditional
toys and digital play, more supply than demand. How to get a share of
available time is, therefore, the biggest challenge facing the toy
industry. Failure to secure time will ultimately lead to a loss in
dollars.

Dawn:  The toy
industry has evolved so much over the past decade. Look into your crystal ball
and tell me what you expect the next 10 years to hold?

Richard:  In 10 years, toys
will be highly portable and seamless in how they engage the player. Here
is why I say that: Children and how they experience the world has changed to
the point of being almost an evolutionary shift taking place. Children today
simply do not see a difference between virtual and real; it is all real to
them. As a result, they live in a far bigger universe than we do as
adults. In addition, children today are so overscheduled that they are forced
to play “between". They play between school and home; between home
and organized sports, and between sports and playgroups.  They
consequently play in the car and at the table in McDonald's.

Dawn:  How will
you adapt your business to meet the new genesis of the industry?

Richard:  For one thing, Charlie Albert of Creativity Inc. and I
are putting on the World Congress of Play, September 9-11 in San Francisco (www.worldcongressofplay). The purpose of the conference is to bring all forms of the business
of play, video games, traditional toys and games, digital play, theme parks,
playgrounds and more together in one place at one time for the first
time. By doing so, we are not just helping to shift the paradigm of
play, but to also establish Global Toy Experts as at the nexus point of where
all types of play meet. We want to bring play companies together to create
new and different businesses and products.

Dawn:  You
are always coming up with new ways to explore the intricacies and extraordinary
breath of the toy industry. What inspired you to create the World Congress of
Play and what is its end goal?

I did it because I
saw that many in the toy industry were still stuck back in the 20th century
when it was virtually the only form of pay to play available.  Today,
there are an ever increasing number of play industries converging in the
marketplace to challenge the notion of toys as the way to
play. I wanted the toy industry to recognize that they compete with anyone
who offers play in the marketplace. In short, we are all in the play
industry.

What
ideas, inspiration or goals do you hope attendees leave with at the conclusion
of the conference?

Richard:  I don’t just hope,
but am planning for them to leave with brand new data; insights and
relationships that will help them not only survive in this new world of play,
but thrive.