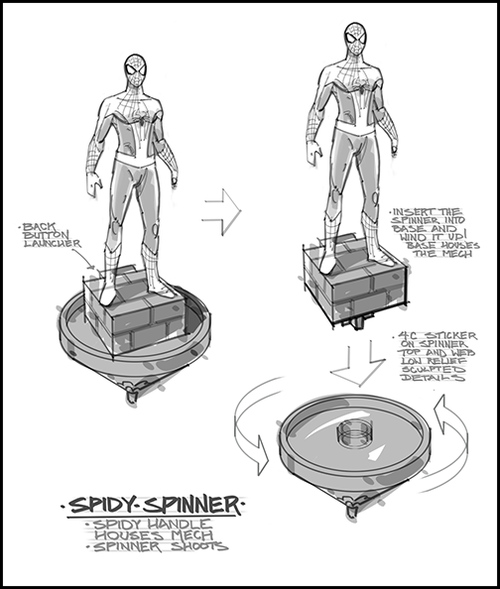 If art speaks to us, and we all know it does, then our
design drawings should speak to us all the more—isn’t that why we do them? We
are depicting a specific idea with line, tone, and annotated notes. Our
proposed idea must read within seconds with all ancillary thoughts and
notations laid out in the most comprehensive order.

The best speakers know how to present ideas through an
orderly progression of conceptual thoughts that build upon each other. One by
one, these thoughts lead the audience to a logical and well thought out
conclusion. If done properly, the speaker will have guided the audience toward
his intended aim and they leave carrying his message with them.

If the speaker fails to get his point across in the best
possible way the audience may very well disagree with his premise and even turn against him—dare I say they may even pelt him with a barrage of tomatoes. Lucky for us, angry mobs carrying tar and
feathers are frowned upon these days—but it is no exageration to say that there are trash bins filled with
great toy ideas that failed to explain themselves.

I've seen my share of designers standing next to their sketches after a presentation with little more than dry mouth. Blinking. Blinking. They had great ideas but the visuals didn't do them justice. Then comes the worst blow of all—the dreaded and deafening sound of crikets—chirp . . . chirp . . . . . . . chirp.

Do you want someone to pummel you with tomatoes? Can you out
run an angry mob once their tar is ready and the chickens have been plucked? All right—I admit to being
overly dramatic, but I’m sure you don’t want your beloved designs to line the
interior of a trash can.

So, always make sure you present your ideation in an
orderly way. Break down long sentences and make your drawings clearly present
a well thought out visual story. Always simplify. Re-read your notes and then simplify
some more.

It’s as easy as one, two and three. One, clearly state your
proposed idea and convey that idea with immediate impact within the first few
seconds of viewing. Two, in a linear progression, lead to the secondary idea gradually
building to the third and so on and so on. Make sure you break down the over all toy idea
into bite size chucks making it easy to understand and comprehend. Above all, take the time to enjoy what you are doing because that shows through to the final designs.