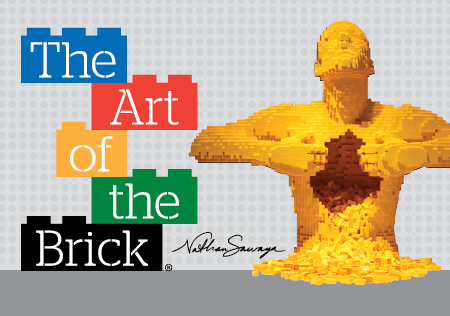 If you have a moment, take it to read a very interesting
review of Lego artist, Nathan Sawaya’s exhibition, “The Art of the Brick.”  I am not sure exactly how many Lego artists
there are in the world but Sawaya is certainly the most well-known.  I have written about his work in the past and
have found it to be extremely powerful (see “Lego and Hyper-Realism" and “Toys
and Culture; Lego as Exhibit 1”).

As you read the review, you can sense the ambivalence
that the critic Edward Rothstein brings to the enterprise.  Mr. Rothstein opens with this sentence:  “It is best not to look too closely at Edvard
Munch’s screamer at the exhibition 'The Art of the Brick,' which opened this
week at Discovery Times Square. Because then you would see that the head is
pieced together out of beige and white Lego blocks, their studs
protruding.”  That opening telegraphs a
message that this is less than art; somehow rough and gimmicky.

Later, however, Rothstein let’s himself go and
writes:

[I]t is difficult to walk
through this exhibition and pass a version of Rodin’s “Thinker” (4,332 pieces)
or see Mr. Sawaya’s own life-size piece “Blue Guy Sitting” (21,054 pieces), and
not smile in amazement at the ambition and or admire the skill. We can examine
“The Thinker” to see how pieces deftly weave a knot of relations among the
face, bent arm and closed fist. And if we blur our vision while looking at
“Blue Guy Sitting,” we see that rigid, rectangular blocks have molded an
embodiment of relaxed contentment.

And then finally, he smiles off the page with:  “But what is going on here? Despite some
awkward or kitschy examples, we get a very particular kind of pleasure from
these constructions. It has something to do not just with the use of toy blocks
as an artistic medium but also with the

character of the bricks themselves.”

In applauding Mr. Sawaya, Rothstein praises the use of
the elemental Lego brick.  It is this
notion of using a simple element to create complexity, emotion, design and more
that is the essence of what makes Mr. Sawaya and to me, what makes Lego such a
great toy.

Mr. Rothstein makes one other point that I think gives us
a window as to why Lego has become such a great transmedia product.  He points out several times the power of Lego
as an almost photographic or as he puts it: “as pixilated as a dissolving
digital photo;” or, if you think about it, like the pixels on a computer
screen.

It’s a great review with a thoughtful perspective; thank
you Edward Rothstein for taking a serious cultural look at a toy.  Now if only someone at the New York Times
would start doing some serious table top game reviews we would really be
getting someplace.