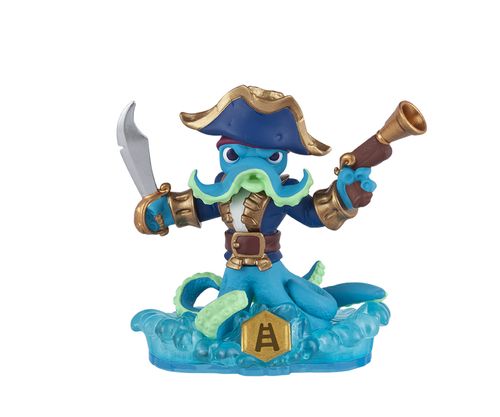 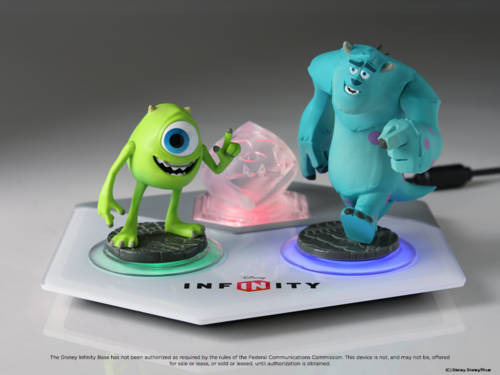 Two
heavyweights take to the retail ring this fall; one armed with an already
impressive record of more than $1 billion in worldwide sales since 2011 and the
other a formidable challenger that's a proven winner in the world of
entertainment and consumer products.

Activision
Publishing hopes to defend its turf with Skylanders SWAP Force, a follow-up to Skylander's
Spyro's Adventure and Skylanders Giants which created a new play pattern that
seemlessly bridged physical and virtual worlds across multiple platforms. Highly
successful during the past two holiday selling seasons, the franchise was the
first kids' videogame IP to cross the billion mark in just 15 months, according to The NPD
Group, GfK Chart-track and Activision internal estimates. The new game lets
Portal Masters reconfigure 16 special SWAP
Force characters into more than 250 unique combinations.  Kids can mix and match characters’ powers and
moves and then bring them to life in the game. In addition to the new
characters, the game features 32 core Skylanders characters (16 completely new
Skylanders characters and 16 new versions of fan-favorite characters from
previous games) and eight new LightCore
characters.

Its
challenger Disney comes to market with Disney Infinity, a three-year transformative project that
combines the best Disney IP, top quality toys and groundbreaking game play.
Described as its "biggest gaming initiative ever," Gary Pfeiffer, vp
of global brand management, Disney Interactive, believes it is "a platform
that could live for years to come across console, mobile and online gaming
experiences. Ultimately, the game play allows gamers to go on adventures with
their favorite Disney characters."

Originally
slated for June, the company made a strategic decision to move the date to the
critical fall retail window in order to put it in the most competitive position
with consumers. "We see a lot of activity among fans as they guess which
of their favorite Disney characters will be included at launch or added
into Disney Infinity over time, and we'll continue to listen
and adapt our plans to ensure we're delivering an unprecedented Disney gaming
experience," said Pfeiffer.

The
first wave of product will include a starter pack, which includes the video
game software, the Infinity Base, three characters including Sulley from
Monsters University, Captain Jack Sparrow from Pirates of the Caribbean and Mr.
Incredible from The Incredibles. Also included is a Landmark Piece and a Power
Disc that will retail for $74.99. Additional playsets are $34.99; three packs
$29.99, individual toys $12.99 and power disc packs $4.99.

Gamers
will be able to join their favorite Disney characters on adventures in their
own worlds through Play Sets or take those characters, gadgets, environments,
and such into the Toy Box where they can be mixed and mashed together to create
their own adventure. "Our game play, particularly Toy Box, delivers a
depth of experience that has not been seen in the past in games targeting kids
and families and really will deliver something that even core gamers will
ultimately respond to.  Focusing on that core messaging which is broadly
appealing and a game experience which delivers something for everyone, our
marketing plan will drive mass awareness through media and retail placement
with a special focus on leveraging the power of the various arms of the Walt
Disney Company," says Pfeiffer.

Stay
tuned as this classic battle plays out on retail shelves this fall. No doubt,
it will be a great fight for gaming dominance.