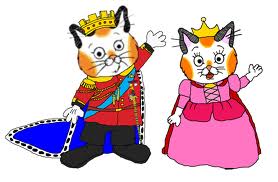 Why are parents and their young children so fascinated with animals?   That is the point of a nice, but possibly
overly complex, look at why animals are given so much prominence by adults when
nurturing their children.

The article “A Child’s Wild Kingdom,” written by John
Mooallem, appeared as an opinion piece in the New York Times Sunday review
section.  Mr. Mooallem makes the
point that animals, in profusion, show up in pre-schools, children’s literature
and even ancient toys (“…many of the oldest, prehistoric toys discovered
include animal-shaped rattles and little wooden crocodiles”).  Let me quote him as he describes his
daughter’s preschool:

It can be a little alarming
to step back and realize just how animal-centric the typical American preschool
classroom is. Maybe the kids sing songs about baby belugas, or
construction-paper songbirds fly across the walls. Maybe newborn ducklings
nuzzle in an incubator in the corner. But the truth is, my daughter’s world has
overflowed with wild animals since it first came into focus. They’ve been plush
and whittled; knitted, batiked and bean-stuffed; embroidered into the ankles of
her socks or foraging on the pages of every storybook.

Lest we think it is just his experience of the world, he
cites a Purdue University child psychologist who reviewed 100 randomly chosen
children’s story books; only 11 did not include animals.  He notes that what was common was for animals
not to act like animals but to act like humans.
Anyone who has read Richard Scarry’s “The Early Bird” knows the
discomfort of seeing the “Father Bird” eating a hard-boiled egg for breakfast
(Father Bird obviously would have fared well with the Donner Party).

The article engages in a vibrant discussion of society, pre-history,
parenting and brain development; even Freud has his moment.  I don’t dispute any of his arguments as to
why children and their parents are

I think, however, that the simplest reason is that, when
the sharp teeth and nails are erased and the faces made rounder, they are just
plain cute and cuddly.  Furry, fluffy and
fuzzy make a tough world a whole lot softer.  After all, what nicer way is there to introduce a child to a sometimes scary world then by softening it by portraying its inhabitants as animals acting out serious adult roles.

Whatever the reason, it made me wonder why, if this is
the case, we have seen declines in the sales of plush animals over the last
decade or so.  In fact, why aren’t we
seeing more animals on the action figure aisle, in games or activities?  Has the toy industry somehow gotten so
involved with princesses for girls and mayhem for boys that it has forgotten
the importance of animals in the lives of children?  Maybe it’s time to take another look.