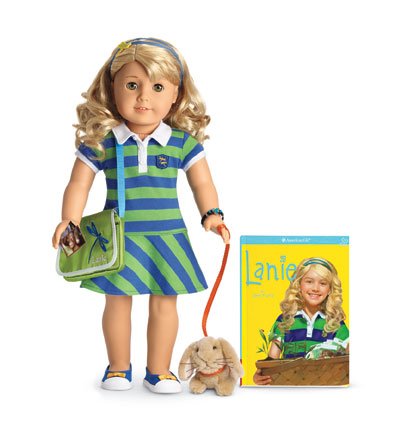 As a toy industry professional who also has a love of
history, I have long been fascinated by American Girls and their use of
historic backstories to appeal to girls.
One part toy and one part historical fiction, these dolls have created
legions of followers and maybe even produced a few history professors.

The dolls have taken on heavy subjects like slavery and the
depression without sugar coating them.  The
characters have shown believable strength in facing down the challenges of their
times.  What was surprising, at least at
the time, was that a product segment known for fantasy and whimsy was just as popularly
delivering pain and suffering.

That was why I was drawn to a story in The Atlantic by Amy Schiller
entitled:  “American Girls Aren’t Radical
Anymore.”  Schiller faultsMattel for
moving American Girl away from her gritty roots and towards a doll with a safer
message. 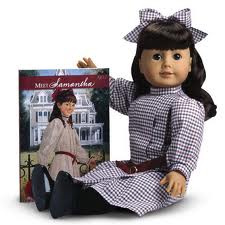 Here is how Schiller puts it:  “With a greater focus on appearance,
increasingly mild character development, and innocuous political topics, a
former character-building toy has become more like a stylish accessory.”  She closes her article with these words:  “American Girl once provided a point of entry
for girls who have matured into thoughtful, critical, empowered citizens. Now
the company's identity feels as smooth, unthreatening and empty as the dolls on
their shelves.”

The original American Girl dolls were the brainchild of
Pleasant T. Rowland whose company, the Pleasant Company, rolled out her
original three dolls Kirsten, Samantha and Felicity in 1986.  I don’t know if it was apocryphal but there
was a story making the rounds in the late 80’s that Rowland was at a trade show
and saw a company that had “knocked off” her dolls.  She went into their booth and tore them off
the walls.  Whether true or not, she
sounds like one of the characters in her books.

She sold the company to Mattel in 1998 and since that
time, Mattel has retired the three original characters.  According to Schiller, the emphasis has now
moved from these historically themed dolls to

contemporary characters.  Rather than taking on slavery, characters
take on challenges like saving the school’s art program by having a bake
sale.  Pretty tame stuff compared to a
doll whose character addresses child labor.

Business is, however, business and Mattel has to ultimately make hard decisions.  If
that means softening the message to attract more consumers than that is what
they have to do.  Still it seems on one
hand to be a shame for the line and the moms and older sisters who loved those
original gritty characters; on the other hand, what an opportunity for a new
Pleasant Rowland to make a mark.